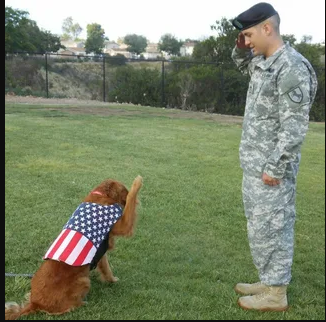 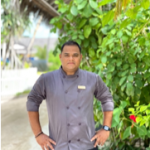 Surf Dog Ricochet, the legendary first-ever canine assisted surf therapy dog and certified goal-directed therapy dog has reached a milestone of raising over… $1 million dollars for human and animal causes!On top of the $1 million dollars raised, she also provided 1 million bowls of food to homeless animals.
Since she began fundraising in 2009, she has held 146 fundraisers that benefited 250 individuals and charities. It took her a lifetime to raise $1 million dollars, but she did it!
The funds raised are critical to the individuals and organizations that Ricochet supports. In addition to fundraising, Ricochet also makes a difference through her healing abilities and raises awareness of many causes including kids with special needs, people with different abilities, wounded warriors, military with PTSD, ill or injured service members, and the families of the fallen, individuals facing challenging life circumstances, crisis situations, homeless animals and more.
“The love and support Ricochet has received from her community of supporters over the years continually blows me away,” said Judy Fridono, Ricochet’s guardian. “Every person that supports her is truly changing and saving the lives of so many. It shows us that every individual can truly have an impact.”
To show her appreciation, Ricochet is hosting a “Thanks a Million” campaign where her supporters and followers can come away with one of over 65 gifts donated by companies and organizations across social media platforms. To check it out, go to SurfDogRicochet.com/thanksamillion.html
The gift donors include Access Trax, Adored Beast Apothecary, Barking Dog Blankets, Benebone, Big Barker, BULLYMAKE, Cali Raw Nutrition, Crumps’ Naturals, Ethereal Animal Healing, Fetch the Sun, FIDO Friendly Magazine, Herbsmith, HorseTech, Inc. and PupSup Inc, Instinct Pet Food, Lola D’s Dog Treats, Mars Petcare, Metropaws, Modern Pets LLC, Moxie’s Mission, Nature’s Select Pet Food, Neater Pets, Northwest Naturals, Outward Hound, Paleo Pet Raw, Perfect Puppy Stuff, Pet Companion Magazine, Petfect, Petique Inc., Redbarn Pet Products, Reiki for all Creatures, Rowan Tree Reiki, Sleepy Holow, Southwinds School of Healing Arts, Team Red, White & Blue, The Emerald Fox Boutique, Tigertail Pet Foods, LLC, Top Knot-ch & Tack, Wholistic Pet Organics, World Dog Surfing Championships and Yeti Dog Chew.
Thanks to Ricochet’s supporters she has been able to make a difference in the landscape of various organizations and people’s lives. “People believe in Ricochet’s mission… she’s not doing it alone,” said Fridono. “Her supporters are an extension of her legacy and her roots in philanthropy and helping others heal through canine intervention and therapy. After she’s no longer here, I don’t want people to be sad, I want them to celebrate and continue supporting what she started.”
On that note of celebrating, Ricochet will be honored at the San Diego County Fair on June 8th as one of their Community Heroes in the Hall of Heroes Theme exhibit. Next up for Ricochet is getting back to working with active-duty service members at the Naval Medical Center San Diego, improving people’s well-being and continuing her support of the human/animal causes she believes in. Not bad for a 14½ year old dog!

Note: For more information and details, please contact Judy Fridono at 707-228-0679 or pawinspired@aol.com.
To learn more about Ricochet, visit SurfDogRicochet.com, follow her on social media at @SurfDogRicochet or watch her in the film “Superpower Dogs” on Hulu.