QF Flights From Australia Direct To FCO Take OffOakwood Premier Melbourne Confirming Its Luxury StatusLongreach Now One Of Australia’s Largest Cruising PortsBeyond Times Square Presents Luxury History Tours in BostonExperts Warn Travellers to Be Vigilant of ScamsSydney is One of the Best Cities for Baby-Boomers to Live in and VisitNEW 15-Day Tour of the Galapagos, Amazon & AndesTravel & tourism deal activity registers marginal growth of 1.4% in May 2022,Qantas To Expand PER Gateway With Flights To JNB And JKTViking Marks Float Out Of Newest Ocean Ship
TODAY’S Stevie Jacobs to cross live from Eastern Canada - Global Travel Media 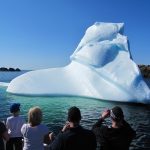 TODAY show’s popular weather presenter, Stevie Jacobs, will report live from some of Canada’s most intriguing locations from 8 – 12 July 2019, including Fogo Island in Newfoundland and Labrador, and Niagara Falls.

Supported by Destination Canada and APT Touring, Stevie and the weather crew will explore the natural beauty and rich cultural heritage of Newfoundland and Labrador, Canada’s most easterly province.

“Australians are curious about Canada’s Atlantic provinces and we’re excited to bring Newfoundland and Labrador into their loungerooms so that they can get a taste of some truly fascinating destinations, like Fogo Island and the city of St John’s,” says Donna Campbell, Managing Director, Destination Canada GSA.

“Stevie and the viewers will get to know some of the salt-of-the-earth locals who will tell their own heartfelt stories about life in this unique part of Canada.” 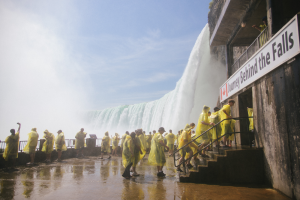 The show will capture the giant icebergs that float along the coastline of Newfoundland and Labrador at this time of year, as well as the natural beauty and charm of the local villages.

“Stevie will also tell the true story of Come From Away, a successful Broadway musical set in the small Newfoundland town of Gander that’s showing in Melbourne from 4 July 2019,” says Donna.

During 9/11, 38 international aircraft were diverted and landed unexpectedly at the Gander airport, doubling the population of the small town. The welcoming locals housed and fed over 7000 stranded people, including hundreds of animals. Cultures clashed and nerves ran high, but uneasiness turned into trust, music soared into the night, and gratitude grew into enduring friendships.

On Friday, 12 July, Stevie and the TODAY crew will relocate to Ontario, where they will capture the awe-inspiring magnificence ofNiagara Falls.

“In addition to Niagara Falls, Stevie will showcase some of Niagara’s remarkable wine region and picturesque townships,” says Donna. 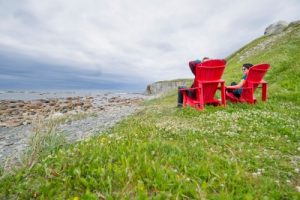 APT Luxury Travel in partnership with Air Canada, will give Today Show viewers the chance to win a trip  for two people to eastern Canada, with the itinerary including some of the amazing places featured on the TODAY show during the week.

To enter visit www.aptouring.com.au/canada-win. Entries commence on the 8 July 2019 and close on 12 July 2019. See the websitefor full terms and conditions.