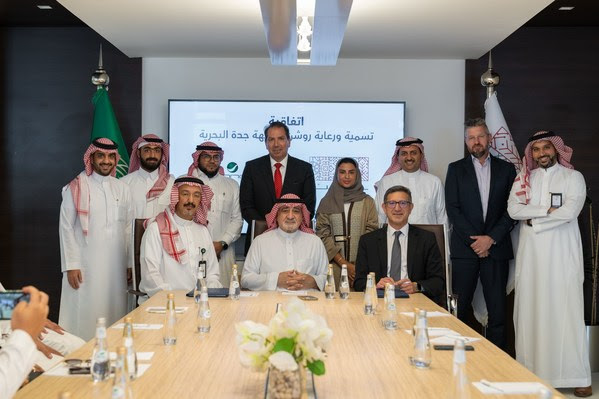 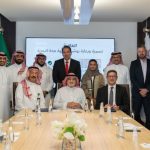 In the presence of His Excellency the Mayor of Jeddah, Mr. Saleh bin Ali Al-Turki, ROSHN, the national real estate developer wholly owned by the Public Investment Fund and Rotana Star Neon Company, signed an agreement to sponsor the Jeddah Waterfront and transform its name into “ROSHN Waterfront”.

Redeveloped and opened 2017, the Waterfront is one of the most important landmarks in Jeddah, attracting approximately 55 million visitors annually. It stretches four kilometers along the Red Sea coast and will consist of seven diverse recreational areas for families and children.

By renaming and sponsoring the waterfront ROSHN intends to boost its efforts to support the goals of Saudi Vision 2030 to provide a higher quality of life for the citizens and residents of the Kingdom.

Commenting on the agreement, Sabah Barakat, Group Chief Operating Officer of ROSHN, said: “We were pleased by the attendance of His Excellency Mr. Saleh Al-Turki at the signing ceremony of the sponsorship agreement and the renaming of Jeddah Waterfront. We in ROSHN are keen to diversify our partnerships and efforts to serve the provision of a higher quality of life in the Kingdom. The waterfront is part of our endeavor to activate the role of social responsibility and provide higher quality lifestyles.”

ROSHN is a national real estate developer powered by the Saudi Public Investment. It is mandated to provide high-quality living standards for Saudis and to support government efforts to increase citizens’ home ownership rates. The announcement of the waterfront agreement comes after the recent launch of the ALAROUS project in Jeddah – ROSHN’s second project in the Kingdom after the SEDRA community in Riyadh.