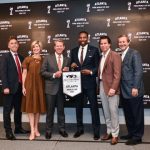 It’s official: the FIFA World Cup is coming to Atlanta. The 2026 FIFA World Cup will be the largest edition of the world’s most popular sporting event yet, with 48 teams vying for soccer’s biggest prize in matches hosted across the United States, Mexico and Canada. The three nations won the right to host in 2018 after a yearlong bidding process. This unprecedented scale brings more attention to the already immensely popular competition, which has traditionally been contested by 32 teams and hosted by a single nation.

“We have the pleasure of celebrating Atlanta’s selection as a host city of the 2026 FIFA World Cup, because of our strong, bipartisan public-private partnerships and many who have been working for years to put Georgia on the map since we hosted the 1996 Olympics,” said Governor Brian P. Kemp. “This premiere event will have a positive impact on so many hardworking Georgians. Hotels will fill with guests from around the world; restaurants will provide visitors a taste of the South they will not soon forget; attractions across Georgia will welcome those seeking to experience all the Peach State has to offer; and in each interaction, people will see Georgia’s Southern hospitality on full display. The world will be watching as we meet this moment, and we’re proud of all the entities who worked so hard to get us to this point.”

“Atlanta is a soccer town, and we’re excited to bring the game’s best athletes to the world’s best city,” said Mayor Andre Dickens. “Atlanta has already been home to the Super Bowl and the Olympics, and through our strong collaboration with the State and our business community, we will welcome folks from all over the world to fill every seat in Mercedes-Benz Stadium in 2026.”

Hosting World Cup matches will bring an economic boost to the city: an impact analysis by the Boston Consulting Group during the initial bid process in 2017-18 found that the 2026 World Cup is forecasted to contribute $5BN in new economic activity. Of that, $415 million alone is estimated in net economic benefit for Atlanta, which is becoming renowned for its support of soccer after the recent successes of Atlanta United in Major League Soccer.

“This is an incredible opportunity for the city of Atlanta to continue to show the world what we have to offer,” said Arthur M. Blank, Owner and Chairman of The Blank Family of Businesses, including Mercedes-Benz Stadium. “Our stadium was built to host world-class events, and we would be honored to continue that tradition in 2026 with the World Cup,” Blank continued. “I want to express my sincere gratitude to the Atlanta World Cup Bid Committee, especially the Atlanta Sports Council, Atlanta Convention and Visitors Bureau and our AMBSE leadership team, for their diligent work over the past few years that has led us to today’s announcement. There is still more work to be done, and I look forward to working with our public and private partners, FIFA and our local community to bring these spectacular global games to Atlanta.”

“We are thrilled to bring the world’s biggest sporting event to Atlanta,” said Dan Corso, Atlanta Sports Council president. “Combining the assets of the state’s best public organizations and private companies has been a recipe for success here in Atlanta.  We truly believe our city is the country’s premier location to hold a major sporting event and look forward to working with FIFA to create a remarkable experience for all involved.”

“Atlanta is honored to be a host for FIFA World Cup 2026 and welcome the world back to our city,” said William Pate, president and CEO, Atlanta Convention & Visitors Bureau. “The combination of the world’s busiest airport, a world-class stadium, an extraordinary hotel portfolio and our Southern hospitality make our destination unrivaled when it comes to hosting global sporting events.”

This model of public and private collaboration has been successful in the past, with the Atlanta Sports Council utilizing its partnerships across the city to put on high-profile sporting events including Super Bowl LIII, the 2018 College Football Playoff National Championship and multiple NCAA Men’s Final Fours.

Each match Atlanta puts on is expected to generate roughly $4.6 million in global media exposure. The rounds that the city will host will be announced by FIFA at a later date. 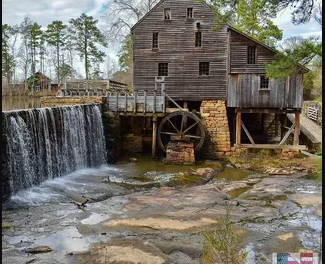 The 10 Most Essential Free Attractions to Visit in Raleigh, N.C.

What’s New in Charleston This Summer 2022