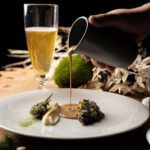 Quark Expeditions, the global leader in Polar Adventures, has launched “Tundra to Table,” the expedition industry’s first exclusive Inuit culinary experience available on select Arctic 2022 and 2023 voyages.
“Quark Expeditions has had the honour of travelling to the Inuit homelands of Greenland and Nunavut for 30 years,” says Alex McNeil, Director of Expedition Experience and Innovation for Quark Expeditions. “And for more than a decade I’ve had the pleasure, as a member of the Quark Expeditions team, of visiting these regions and developing meaningful relationships in local communities. These relationships have inspired us to provide this platform, Tundra to Table: Inuit Culinary Experience, for Inuit chefs in the Arctic to showcase their cuisine and culture of Greenland and Nunavut. The ultimate purpose of this culinary experience is to support local chefs as they share the stories of their people through food.”
Among the highlights of “Tundra to Table: Inuit Culinary Experience”: 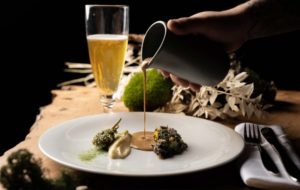 Quark Expeditions will introduce another culinary-related opportunity starting in the Arctic 2022 season. Guests will have the opportunity, on select voyages, to accompany Inuit chefs as they forage in the wild. During select hiking excursions led by Quark Expeditions team members, Inuit chefs will accompany the group and share foraging insights, talk about Arctic plant species, and explain how they’re used in traditional Inuit cuisine. The chefs will collect small amounts of plants and herbs to use in the onboard Inuit dining experience.
Learn more about Quark Expeditions’ Tundra to Table Adventure Option.
Edited by: Stephen Morton 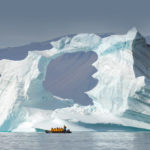