No cruise calls for Sydney yet but even tiny St. Maarten gets 12 in a week! 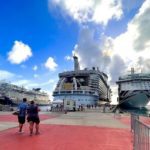 Caribbean Port St. Maarten has announced a busy week with 12 calls on its cruise schedule, while over here in Australia, the global leading cruise port of Sydney had zero calls!
Last week started with a 7.00a.m. arrival of the Explorer of the Seas on Monday, November 29, and was followed by two busy days with three cruise calls on each.
On Tuesday, November 30, St. Maarten received the Mein Schiff 2, Seabourn Odyssey, and the Symphony of the Seas and Britannia, Allure of the Seas, and the Celebrity Edge all called in the early hours of Wednesday, December 1.
Three calls were then expected on Saturday, December 4, with the Star Flyer docking just after 5.00a.m. local time, followed by a call from the Norwegian Gem and a call from Holland America Line’s new ship Rotterdam.
Finally, the MSC Seaview and the Seven Seas Explorer are calling around 7.00a.m. on Sunday, December 5, wrapping up what will have been a very busy post-pandemic week for the small Caribbean island.
Edited by: John Alwyn-Jones, Cruise Editor 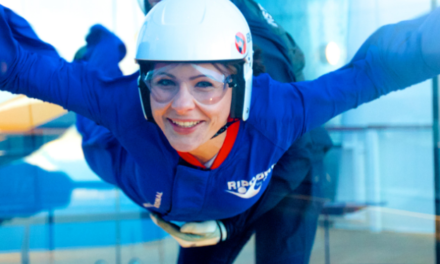 As cruising makes its Australian comeback, here are the top-ten activities you didn’t know were possible on Royal Caribbean’s Quantum Class Ships