Koch’s blast appeared to have been generated when Joyce was explaining QANTAS excellent vaccination incentive programme, with Koch irritated by the government’s ongoing statements that the vaccine roll out was “not a race”, with Kochi saying to Joyce it was a race and a race to get the economy going.

Koch slammed the government’s “not a race” position as “bulldust” and he commented on co-host Natalie saying she took on the Health Minister on Friday magnificently, and saying, “even over the weekend, Michael McCormack, Dan Tehan the Trade Minister, all speaking this is not a race, bulldust, it is a race, isn’t it?”

Joyce responded very calmly by saying that QANTAS had a “vested interest” in the country’s vaccine rollout, saying, “We want to do everything that we can to ensure the borders domestically open and stay open and that we get international up and running,” adding, “We have 6000 of our people stood down that are working on international flights, and they will be stood down until we have the international borders reopened”.

Joyce also described the rollout as, “If this was a flight, we’ve done a fantastic job of managing the take-off … there’s been a bit of turbulence on the way through, now we are coming in for the landing, and getting the covid vaccine rolled out is part of the landing and getting that right will be very key so we can have the certainty for everybody in the country.”

QANTAS has announced it would be introducing 1000 bonus frequent flyer for passengers who get the COVID-19 jab, with the incentives may be offered as early as July, with Joyce also saying, “We are also looking at having 10 mega prizes, one at least for each state and territory, where a family of four can get unlimited free travel for a year in 2022 on the QANTAS and Jetstar networks,” adding, “In addition to that, the Accor group has come on-board, and they’re offering up to one million Accor points, which gives free accommodation across 400 hotel zone resorts across the country”, and ““We are very big on encouragement for people to get out there and get the vaccine.” 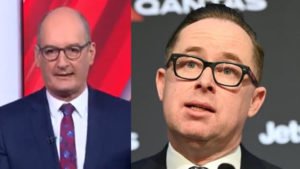 He also said that the offer would be available through the QANTAS app and anyone who had both jabs in the time leading up to July and anyone who becomes completely inoculated towards the end of the year is eligible.

So now the Chinese cruise market is trashed, at least for now, what will the big cruise companies do with their China based ships?

Disneyland Resort Needs An Extended Visit To See It All