Queer Screen’s 27​th​ Mardi Gras Film Festival (Festival) will showcase the continuing advancement in on-screen queer storytelling, bringing us a wider range of stories, characters and settings than ever before. 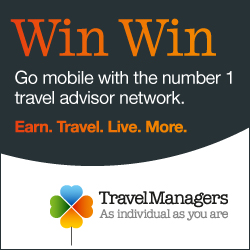 Screening from 13 – 27 February in Sydney, the Festival plays across multiple venues before touring to Canberra, Parramatta, Lismore, Newcastle and the Blue Mountains in March. Tickets for the first 5 teaser films are now on sale at ​queerscreen.org.au

“As an industry the film world has really grown in its inclusion of the most diverse range of stories, characters and actors,” explains Queer Screen Festival Director Lisa Rose. “​Each year we see more diversity and a better understanding that the audience is eager to see both themselves and others in all their fabulous individuality. It really is a rainbow of films this year”.

UNSOUND​ is a unique Australian movie that follows the lives of two young people at a crossroads in their lives. When guitarist Noah returns from the UK to his mother’s home in Sydney, he stumbles across The Deaf Club, a pounding nightclub run by the deaf Finn. As the two men embark on a relationship, Noah supports Finn as he takes further steps in his transition and comes out as a transgender man. Through a mutual love of music from two very different perspectives, a heart-wrenching love story unfolds told beautifully in part AUSLAN and open captions. Directed by Ian Watson and featuring Yiana Pandelis, Reece Noi, Todd McKenney, Christine Anu, and Paula Duncan, Queer Screen is thrilled to be launching the World Premiere of this unique and compelling new addition to Australian Queer Cinema With Judy Garland fever upon us and fresh on the heels of Renée Zellweger’s incredible performance in Judy, comes ​SID & JUDY​, a new look at Judy Garland’s life based on the unpublished memoirs of her third husband, Sid Luft. With Luft’s writing read by Jon Hamm (while Jennifer Jason Leigh adds some wry touches as Garland), this documentary explores the performer’s rise to become a legend, albeit one beset with troubles and addictions. Featuring plenty of archival footage, including goosebump-inducing live recordings of Garland herself, this is a fascinating profile told by someone who knew the icon intimately.

Thriller lovers will get a kick out of period film ​LIZZIE​, following the life of Lizzie Borden who was accused of the grisly axe murder of her father and stepmother in 1892. At 32 years of age, unmarried and already deemed an outcast by her family and society, Lizzie Borden (Chloë Sevigny) strains against stifling social conventions and the domineering and abusive rule of her father, finding solace in an intimate connection with the new housemaid Bridget (Kristen Stewart). An Official Selection at Sundance Film Festival 2018, ​Lizzie ​ speculates a forbidden and passionate romance between the two women, reimagining the events which led to the trial that stopped the nation.

In another celebrity-led casting, ​Crazy Rich Asians’ ​ sexy leading man Henry Golding stars in ​MONSOON​, a poetic film from director Hong Khaou (MGFF15’s ​LILTING​) about a man who returns to his native Vietnam from the UK to distribute his parents’ ashes. As part of his journey, he hooks up with an American, Lewis (Parker Stevens) who has his own personal connection to the country – their liaison offering both men a sympathetic ear. Asking questions about home, place and identity, this beautifully shot film finds that the answers can sometimes be wondrously elusive.

A massive box-office hit in France, ​THE SHINY SHRIMPS​ is a feel-good comedy guaranteed to leave audiences on a high! After making homophobic remarks on air, Matthias, a hot-headed swimming champ is ordered to train to a diverse and flamboyant water polo team more interested in partying than competing. But before long, the club transforms themselves into a force to be reckoned with. They soon find themselves and their initially reluctant coach embarking on an action-packed road trip from Paris to Croatia in a beat-up old bus to compete in the Gay Games. We will have a Q&A with Director Cédric Le Gallo after the screening.

Celebrate your best self this Pride Month with Pinterest

Gaylibi returns to Alibi Bar with a throuple of Queens