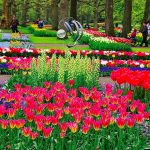 In a remarkable turnaround, the Dutch tourist board says it will stop actively promoting the Netherlands as a holiday destination.

The move is in response to overtourism, according to reports from Amsterdam.

De Telegraaf, the country’s largest daily morning newspaper, has reported that in future, the Netherlands Board of Tourism and Conventions (NBTC), will focus on trying to spread visitors to other parts of the country “by putting the spotlight on unknown areas”. This would limit problems caused by overtourism in seasonal peak periods.

In the Easter just past, congestion reached such a level that the Keukenholf bulb garden and the Kinderdijk windmill district became impossible to reach because of huge crowds. The director of the Keukenhof described the situation as “completely unacceptable” for locals.

The NBTC’s change of tack is part of its strategy for the next decade up to 2030.

“To control visitor flow and leverage the opportunities that tourism brings with it, we must act now,” the NBTC said. 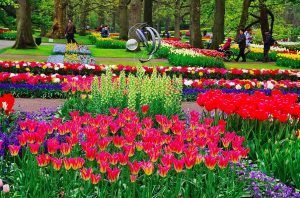 “Many other regions should also profit from the expected growth in tourism and we will stimulate new offerings.”

An NBTC spokeswoman told De Telegraaf the organisation would become “much more of a data and expertise centre”, rather than promoting tourism.

The NBTC expects at least 29 million tourists to visit the Netherlands annually by 2030, over 50% more than the 19 million who visited the country in 2018. 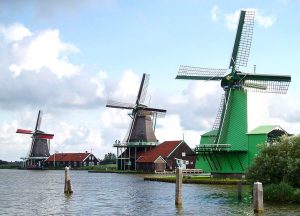 Last year the NBTC developed a ‘HollandCity’ strategy to try to spread tourists outside the main hotspots of Amsterdam, fishing villages and bulb fields. HollandCity promotes the Netherlands as a single metropolis with lots of districts, such as Lake District Friesland and Design District Eindhoven.

Amsterdam is also grappling with overtourism and is trying to spread visitors throughout the city. It is trying to deter wild tourist behaviour and has banned the pedal-driven beer wagons that boisterous tour groups used to pedal over the cobblestones while drinking from kegs. The city has also banned ‘disrespectful’ night-time tours of its famous ‘De Wallen’ red-light district.

The top five tourism source countries for the Netherlands are all in Europe (Germany being by far the biggest) but from overseas, visits from China and the US are growing at over 20% a year.