Tickets To August Mundi Mundi Bash Are Almost 80% Sold Out 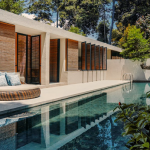 Tickets to the much-anticipated August Broken Hill Mundi Mundi Bash are almost 80 per cent sold out, with festival organisers today encouraging punters to snap up remaining tickets quickly to avoid missing out.

“We are very close to hitting the 80% mark of tickets sold for this August’s Mundi Mundi Bash, which is super exciting given that the event is still over two months away. Based on the way that ticket sales are tracking, we expect the festival to sell-out sooner rather than later, so we’d encourage anyone considering attending to book their place quickly,” said Greg Donovan, festival owners and Managing Director of the Outback Music Festival Group.

“The Mundi Mundi Bash will be biggest live music event to ever be staged in outback NSW, and the August edition of the festival marks the last time that fans will be able to see Midnight Oil perform on the red earth outback that they’re so known for. The festival’s Mundi Mundi Plains location is also where they filmed their iconic ‘Beds are Burning’ video clip, so it’s going to be a special homecoming performance after they wrap their US tour.

“To have Midnight Oil rock the stage with other huge Oz rock legends like Jimmy Barnes, Missy Higgins, Kasey Chambers, Jon Stevens and Daryl Braithwaite will be absolutely incredible.  With such a cracking line-up, we’re not surprise that demand for tickets is so strong – this August’s Mundi Mundi Bash will be a truly unmissable bucket list experience!”  Donovan added.

Tickets to family-friendly August Mundi Mundi Bash can be purchased at www.mundimundibash.com.au.

Ticket prices have not increased with the addition of Midnight Oil to the line-up, and children aged under 11 (as well as dogs) can enter the festival for free. Tickets grant entry for three days and nights of music, plus all entertainment and activities and on-site camping for four nights.

Midnight Oil’s return to the Mundi Mundi Plains will be an especially poignant farewell for the iconic Australian band. The Oils’ Mundi Mundi gig will directly follow their final North American and European Tour in June/July and will be one of the last chances for Australian fans to see them on home soil, and the final chance to see them on the red dirt of the Australian outback.

The striking red terrain on which the festival is staged has become synonymous with Midnight Oil and their many seminal rock anthems including Beds Are Burning, the video clip for which was shot on the Mundi Mundi Plains.

The August Mundi Mundi Bash is expected to draw close to 10,000 festivalgoers from across Australia – providing a welcome economic boom for Broken Hill and other remote and regional communities en route from capital cities and regional areas.

The Mundi Mundi Bash can be accessed by road, as well as scheduled and charter flights, bus tours and train transport.

The event does not sell alcohol; however, ticketholders are permitted to bring their own food and alcohol onto the festival site. In addition, there will be a large range of food vendors selling both hot and cold food and beverages at the event.

Where:          Belmont Station on the Mundi Mundi Plains 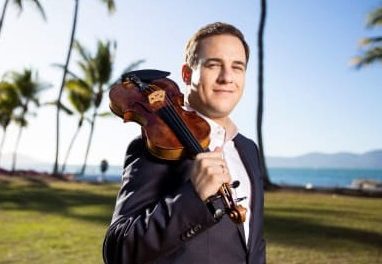