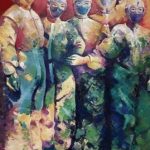 With mounting evidence of ‘forever chemicals’ now being found in drinking water around the globe, including the 200-million Americans who are exposed to ‘forever chemicals’ in their drinking water, according to the Environmental Working Group (EWG), the Chief Executives of recently merged Bluewater (Stockholm) and FloWater (Denver) are calling for a greater focus on the toxic perils that threaten water security.
Bluewater Founder and CEO Bengt Rittri (pictured above), a Swedish environmental entrepreneur, noted that on the eve of World Environment Day, June 4, US Vice-President Kamala Harris signed a historic, first of-its-kind White House Action Plan on Global Water Security that targets water insecurity at home and abroad.
Mr. Rittri saId: “The Biden-Harris Action Plan on water security highlights the fact that the quality and safety of our drinking water is now more at risk than ever. It is almost unimaginable that in less than eight years from now, 1.6 billion people will face inadequate safe drinking water as reported by UNICEF and the World Health Organization. Everyone on this planet deserves access to drinking water that is free from heavy metals, microplastics and toxic chemicals.”
Since 2013, Denver-based FloWater, makers of new-tech water refill stations has been working with businesses, schools, hotels and gyms across the US to provide safe drinking water, removing lead, forever chemicals (PFAS), microplastics, and other toxins. 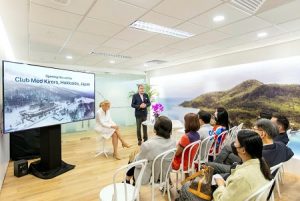 “From rural communities to our cities across America, unsafe water crises are becoming more frequent and intense. It should not take a crisis like Flint, Michigan to get Americans to think about the dangerous toxins in their drinking water,” says FloWater CEO and Co-Founder, Rich Razgaitis (pictured above). “In Oregon, Michigan, Ohio, and Wisconsin communities are dealing with these problems every day.”
In March this year, Bluewater, a leading international innovator of water purification solutions, and Denver, Colorado-based FloWater, a leading innovator of Refill Stations for schools, hotels, companies, and gyms with over 7,500 customers across the U.S, announced the finalization of a deal to merge their two organizations into a powerful new force to transform the water industry worldwide.
The two corporations, which share a mission to eliminate the health and environmental damage caused by single-use plastic water bottles, say their merger will increase the availability of safe clean drinking water across the globe and help spur faster innovation of new water purification products.