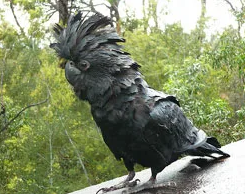 Grampians Tourism is excited to announce new silo art, which has been unveiled in the region.  The silo is situated in the town of Horsham and was created by Australian photo realism artist SMUG AKA Sam Bates, adds another stop on the popular road trip attraction.

Titled The Yangga Dyata which means ‘Walking on Country’, the mural celebrates the story of Yanggendyinanyuk, a Wotjobaluk warrior’s story of leadership, resilience, and significant legacy. Yanggendyinanyuk meaning ‘walking feet’ was born in 1834 in Wotjobaluk Country in the Wimmera Region of North-Western Victoria. His life was marked by outstanding achievement and leadership but was marred by significant loss and grief.  He was celebrated for his role in finding the Cooper-Duff children in the ‘Lost in the Bush’ story and for his part in the first Indigenous cricket tour to England. Tied together with the adjacent flour mill image of Yanggendyinanyuk’s totem the Black Cockatoo the images portray the strong linkage to country that the region has.

Speaking on working on the silo, Smug said: “I was very excited to be asked to paint the silo and work with Aunty Jennifer and BGLC, HRCC and the Plazzer family.  I am truly honoured to be chosen to celebrate Yanggendyinanyuk with such a large and prominent mural.  I hadn’t painted a full figure for many years so I welcomed the challenge of painting a composition outside of my comfort zone.  My hometown is as close to Horsham as you can get in size and similarities, and its name Nowra even translates to “Black Cockatoo”, so I felt incredibly at home throughout the installation of the mural.”

Marc Sleeman, CEO, Grampians Tourism said: “The Silo Art Trail has grown in popularity with visitors to the area. With Horsham’s location, depth and breadth of accommodation, restaurants and visitor attractions it’s the ideal starting place for the Silo Art Trail, as well as the perfect base from which to explore the Grampians and Wimmera Mallee regions.”

Mayor Robyn Gulline, Horsham Rural City Council said: “Our city provides the ideal base for day touring with 6,700 vehicles travelling through daily. The Silo Art will be a new attraction that entices some of these vehicles to stop and explore not just Horsham but the wider region.”

Yangga Dyata is situated in Horsham, a regional city in the Wimmera region of Western Victoria. The silo can be viewed at 35 Wawunna Road, Horsham. The Silo Art Trail is the largest outdoor gallery in Australia stretching over 200 kilometres.

Welcome back to Western Australia