Australia’s Largest Dinosaur Set To Celebrate Birthday #1, But Where Does It Sit Among The Jurassic Park Greats? 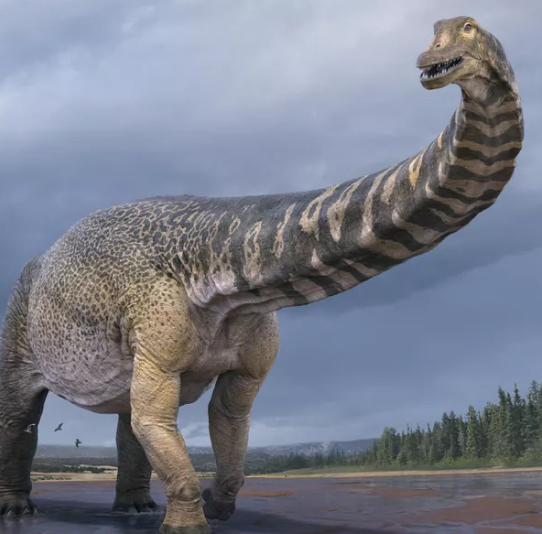 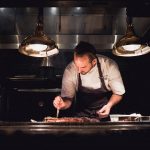 Dino-mania’ is upon us with the recent release of David Attenborough’s Prehistoric Planet and this week’s June 9 release of Jurassic World Dominion – but there’s extra special reason for Australian dinosaur fans to get excited: the first modern birthday of Australia’s largest ever discovered dinosaur, the Australotitan cooperensis.

This week marks exactly one year since the Eromanga Natural History Museum and Queensland Museum scientifically described and named the Australotitan (nicknamed ‘Cooper’), a previously unknown species of dinosaur discovered in outback Queensland that set a record as Australia’s largest dinosaur and one of the largest in the world – garnering significant world-wide media and scientific attention.

Estimated to have reached a height of 5–6.5 metres at the hip and 25–30 metres in length (making it as long as a basketball court and as tall as a two-storey building), the Australotitan is larger than most of the dinosaurs depicted in the Jurassic Park series including the much-loved T-Rex,  Brachiosaurus, Spinosaurus and Giganotosaurus – the latter of which is set to make its debut in Jurassic World Dominion.

“We had hoped the directors of ‘Jurassic World Dominion’ and ‘Prehistoric Planet’ would make some last-minute casting additions after the Australotitan was officially announced last year, but their previews sadly suggest Cooper didn’t quite make the cut,” joked Eromanga Natural History Museum Operations Manager, Corey Richards, who is Eromanga own young John Hammond and was recently inducted as a 2022 Young Tourism Leader by Queensland Tourism Minister, Stirling Hinchliffe.

“Nevertheless, we’re thrilled to be celebrating the Australotitan’s first modern birthday this week, especially at a time when dinosaurs are making such a huge pop culture revival. It’s certainly fun and timely to think about how Australia’s largest ever dinosaur discovery would stack up against the ‘Jurassic Park’ titans that have captured our imaginations for almost 30 years, as well as the dinosaurs that will feature in the ‘Prehistoric Planet’ docuseries,” Corey Richards added.

Estimated to weigh up to 67,000 kgs – the equivalent of six average school buses, 10 large African elephants and more than 1,000 real-life velociraptors – the Australotitan is a gigantic titanosaur, a plant-eating dinosaur group that represents the largest animals that walked on earth more than 90 million years ago.

Most similar in size to Jurassic Park titanosaur, the Brachiosaurus[3] (but still longer and likely heavier), the Australotitan reached a similar size to the world’s dinosaur giants found in South America, marking Australia’s first entry into the world’s dinosaur giants. Based on the Australotitan’s preserved limb size comparisons, it is estimated to be one of the five largest dinosaur discoveries in the world.

Represented by a partial skeleton, the fossil remains of the Australotitan are housed in the spectacular Eromanga Natural History Museum fossil collection, which is available for the public to view and for researchers to do further study. Eromanga – famous for being Australia’s furthest town from the Ocean – is located in the remote Quilpie Shire, and has become a hotbed for dinosaur fossil discoveries over the past two decades.

In the year since being named and unveiled, the Australotitan has made international headlines and attracted tens of thousands of tourists to the Eromanga Natural History Museum – providing a much-need economic boost to the remote town and surrounding regions.

“Dinosaurs are gold for tourism, and especially massive ones like the Australotitan cooperensis, which is the first Australian dinosaur to sit comfortably with the world’s dinosaur giants in places like South America. We are so proud to celebrate one year since unveiling this spectacular piece of history to the world, and believe we’ve only scratched the surface of dinosaur discovery in outback Queensland and Australia. These fossils are truly a national treasure and have put Australia on the map as home to some of the biggest prehistoric creatures ever known.” concluded Corey Richards.

Most recently, the Australotitan cooperensis has been nominated to become Queensland’s State fossil emblem – with public voting now open to decide the winner at https://campaigns.premiers.qld.gov.au/fossilemblem/. 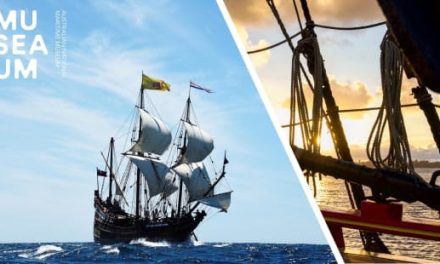