Elon Musk’s decision to become Twitter’s largest shareholder is further evidence that social networks such as Twitter will be key acquisition targets this year, says GlobalData. The leading data and analytics company notes that it wouldn’t be surprised to see major tech companies such as Google, Amazon and Alibaba acquiring business-focused social media networks in the near future.
Dr Elizabeth Read, Analyst on the Thematic team GlobalData, comments: “Major technology companies will want to follow Microsoft’s footsteps, after seeing the success of its acquisition of LinkedIn in 2016. Enterprise-focused social media such as New Work are of particular interest to tech companies because they increase the amount of time users spend on their platforms. The longer users spend in their digital lives—playing games, watching videos, talking to friends online, buying goods and working online—the better. Potential acquirers for enterprise-focused social networks include Google, Amazon, Meta, Tencent, Baidu, Salesforce, Microsoft, Oracle, Alibaba and SAP.
Consumer-focused social media companies remain lucrative potential acquisition targets and investment opportunities.
Snigdha Parida, Analyst on the Thematic team GlobalData, comments: “Pinterest is unlikely to remain an independent, listed company for long. After Instagram, it is the world’s leading photo-sharing social network. Pinterest offers a significant growth opportunity for any acquirer. After all, Instagram is one of the most profitable acquisitions Meta has ever made. In October 2021, it was rumored that PayPal was exploring a $45 billion acquisition of Pinterest. Business-based social networks such as New Work, and online-dating platforms such as Match Group and Bumble will also be high on the list of takeover targets.”
In its 21 March 2022 report, ‘Mergers and Acquisitions (M&A) in Tech, Media, & Telecom (TMT) 2021 Themes – Thematic Research’, GlobalData predicted that Twitter would be a key acquisition target.
Parida notes: “Twitter’s global influence makes it appealing to a range of buyers from the established tech giants to traditional advertising agencies. However, the big tech suitors will face regulatory challenges when closing social media acquisition deals on the grounds of antitrust. Private equity companies—or private investors with deep pockets like Elon—may see an opportunity to invest in Twitter, although its current valuation remains a challenge to any deal.

The Most Instagrammable Cuisine Across the Globe 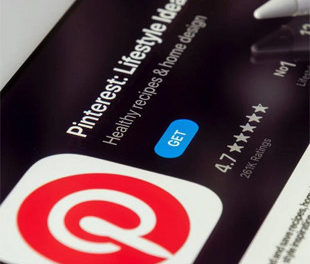 Digital platforms. Why the ACCC’s proposals for Google and Facebook matter big time