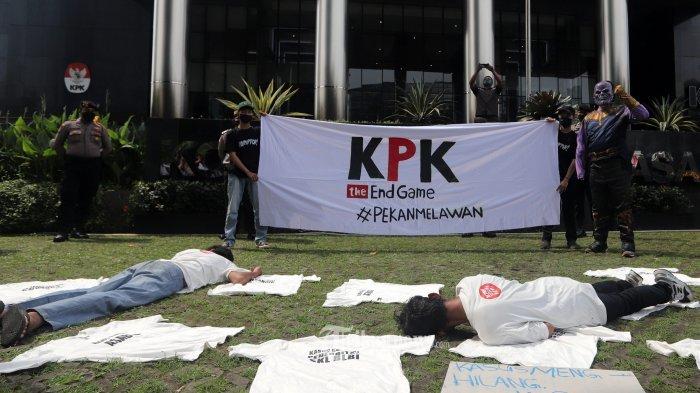 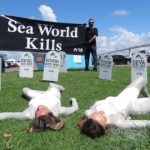 This morning, two People for the Ethical Treatment of Animals (PETA) activists representing dead dolphins lay on the ground outside Sea World Marine Park Gold Coast, beneath a banner declaring “Sea World Kills”. The demonstration, aimed at drawing the public’s attention to the deaths of dolphins used by the park for breeding programmes and shows, also featured 11 “headstones” bearing the names of captive dolphins who have died at Sea World.
“There’s a concerning lack of transparency surrounding dolphin deaths at Sea World Marine Park Gold Coast,” says PETA’s Angela Banovic. “Sea World boasts about so-called conservation efforts, but Cetabase – a website that tracks captive marine animals globally – lists 75 bottlenose dolphins that have died at the park. Only nine of the ‘headstones’ here today list a known cause of death – alarmingly, the details of many more deaths are being hidden from the public.”
Most of the approximately 30 common bottlenose dolphins held captive at Sea World were bred by the park, which Sea World claims is an act of conservation, despite the fact that the species is not threatened in its natural habitat. Breeding animals for performances with no chance of release from their enclosures does nothing for wild populations.
As well as dolphins, the public is being exploited, as Sea World leads people to believe they’re playing a role in dolphin conservation, while in reality, dolphins are only being bred in captivity to perpetuate their use for entertainment.
PETA – whose motto reads, in part, that “animals are not ours to use for entertainment” – recently also targeted tiger breeding and interactive animal shows at nearby Dreamworld.
For more information, please visit PETA.org.au.