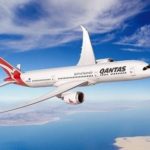 Air travel has suffered a significant hit since the rise of the Omicron variant. Still, bookings are expected to increase in the domestic and international markets, beginning with the Easter holidays in April.
Qantas Frequent Flyer has overhauled its frequent flyer program offering its members more bang for their buck in a new points scheme.
Qantas Frequent Flyer has revamped its frequent flyer programme, giving members more value for the money through a new points model.
According to the airline, members will now need 30 to 45 percent fewer points for stays at all Qantas Hotels and Qantas Holidays bookings, which claims the change means members will get greater value for their money.
Members will receive more mileage per point when booking hotels and vacations through the airline, with 45 percent fewer points required when combining Qantas or Jetstar flights in one booking across all airline’s holiday packages.
Furthermore, 30% fewer points will be required across more than 400,000 hotels.
“We’re increasing the power of a point when booking hotels and holidays because we want to reinvest in a program that has performed extremely well during Covid,” Qantas Loyalty CEO Olivia Wirth said.
“Members have remained highly engaged despite the low levels of flying over the past two years, shown by the fact they’ve kept earning points on the ground and then redeemed them in record numbers.
Given the status of the pandemic, some people may be hesitant to travel; yet, this move may persuade some savvy travellers with the value it offers to book their holidays, hence increasing the number of future bookings.
“We saw more than seven billion points used to redeem flights in just four weeks following borders reopening, and we want to keep that momentum going by making points go further for hotels and holidays, which in turn encourages members to keep earning with our partners and with the airline.
“This latest change will help our growth into the hotel and holiday booking market, especially online, which is expected to rebound in the coming months.”
The reduction of points needed; means that a stay at The Calile Hotel in Brisbane for one night for 78,136 points instead of the prior 111,623 points. A night at the Sheraton Mirage in Port Douglas will now cost you 48,533 Points rather than 69,178.
Two individuals staying two nights at the Alohilani Resort Waikiki Beach in Hawaii will now cost 149,787 points instead of the previous 213,982 points.
Ms Wirth told the Herald Sun that while flights would always be the “hero redemption” in the Frequent Flyer programme, hotels and vacations have come in a close second.
“The feedback we had from our members was hotels and holidays were a close second,” she said.
“It was something that interested them … so we ran a few trials to see if we improved the value around hotels and holidays. Would this encourage more people to use their points in this way, and it was overwhelmingly successful.”

Why did Tigerair flight to Melbourne turn back?