Airline Sector Relieved Over Lifting of US Travel Ban

There was a sigh of relief from the worldwide aviation industry, which had been given a crippling blow by the pandemic when the United States decided to withdraw its ban on arriving visitors who had been vaccinated against Covid 19.

For Europe’s biggest airlines, transatlantic flights have traditionally been among the most lucrative, so the announcement on Monday was “formidable news” for a business that has haemorrhaged tens of billions of euros over the past 18 months, Air France-KLM chief Benjamin Smith told AFP.

The world has reopened to our clients, and they can now plan their travels with confidence, says the company.

International revenues represent 25-30% of the revenues of US airlines like United, Delta, and American, which are much more locally driven.

However, they were happy to hear the news as well.

According to Nicholas Calio, president of the industry group Airlines for America, “today’s news signals a positive milestone in our nation’s recovery”.

Airlines for Europe, a sister organisation, also tweeted that it “applauds the decision,” which “will give a much-needed boost to trans-Atlantic traffic and #tourism and help reconnect family and friends,” as well.

“A big step forwards,” according to the International Air Transport Association (IATA), which has 290 member airlines and accounts for 82% of all air travel worldwide.

“This is wonderful news for relatives and friends… It’s a win-win situation for the millions of Americans whose livelihoods are dependent on international tourists. And it will help the economy recover by opening up new markets for business travellers,” IATA chief executive Willie Walsh said. 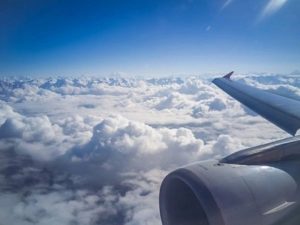 International Air Transport Association has been urging “guided by science” travel restrictions that take into consideration the vaccination status of passengers for several months now.

Airlines in Europe had hoped that transatlantic flights would resume in time for the busy summer travel season.

However, when Europe began to reopen its borders, the United States remained wary. Moreover, transatlantic traffic was down by more than half from the previous year’s levels in 2019.

Given what we know about vaccination efficacy, the US decision was “a little later than we expected. According to CFRA Research analyst Colin Scarola, “we expected it in the summertime.”

Although European carriers are now ready to restart the engines of more planes travelling over the Atlantic, recovery would be sluggish, cautioned George Dimitroff, an analyst at air transport data expert Ascend by Cirium.

Except for the busiest flights, he predicted that airline schedules would not expand immediately.

“They may add more capacity around the year-end holidays, but the more major increases are anticipated to arrive in March 2022 when airlines prepare for their summer schedules,” he said.

According to Morningstar analyst Burkett Huey, “if you don’t fill an aeroplane at 75-80%, the journey won’t be profitable.

You’ll need people from both sides to come.

“Business travel will start to take up in the fourth quarter of this year,” Dimitroff said, “since European business travellers will be able to visit US clients and suppliers.”

Scarola, on the other hand, took a more cautious approach.

When a step in the right path has been taken, there are still many unanswered questions: how will the epidemic unfold in coming months? And is a significant portion of the business market will be lost due to the new virtual meeting technologies that are now available?

Tourists pay $1500 for two cups of coffee in Europe