Qantas flight halts on tarmac ‘with flames from engine’Great Plains Foundation’s Q2 Impact ReportHow do we prepare aviation for the next generation of travel?Carnival Brings Guest Total to Three Million Since July 21 RestartWorld Gourmet Festival Returns to Bangkok Star-Studded 2022 EditionThailand’s Famous Hospitality Lends a Helping Hand for Koalas in AustraliaSustainable Indonesia – The Growing Popularity of Green TravelMalawi sees a spike in popularity among international volunteers seeking wildlife conservation experiencesHow to make solo travel a memorable experience?Coffee Tourism Springs Back to Life in Southern Laos
Statement On The Passing Of Merle Mitchell Am - Global Travel Media

Statement On The Passing Of Merle Mitchell Am

We are profoundly saddened by the loss of our cherished patron, Merle Mitchell AM.

As a lifelong advocate for equality, community and diversity, Merle was well-known by many people in our local community and far beyond for her grace, courage and tireless advocacy. She was a voice for thousands of people whose voices were unheard.

Born in Dandenong in 1934, Merle lived in the municipality for most of her life. A trained kindergarten teacher, Merle noticed the limited services for children and worked to establish kindergarten facilities and the Sandown Park Primary School.

She helped to establish and was the first Director of the Springvale Community Aid and Advice Bureau (SCAAB). She remained committed to SCAAB for more than 45 years and continued as the patron of South East Community Links following the merger of SCAAB, Dandenong Community Advisory Bureau (DCAB) and Southern Ethnic Advocacy and Advisory Council (SEAAC) in 2015.

Merle played a vital role in establishing Springvale Neighbourhood House, the Family Mediation Centre and Springvale Monash Legal Service. Never one to shy away from advocating to politicians and policy makers, Merle shaped state and federal social welfare policies through roles with ACOSS and VCOSS.

With the assistance of hundreds of community people, she helped document the rich history of the Enterprise Migrant Hostel, which played a vital role in the lives of over 30,000 migrants and refugees who lived there from 1970 to 1992. The Department of Immigration named the Hostel a ‘Project of National Significance’ – acknowledging the significant contributions and strength of migrant and refugee communities who have settled in this area and Australia more broadly.

Most recently, Merle was a strong advocate for the rights of older people living in aged care. She contributed to the Royal Commission into Aged Care giving insights into the isolation felt by many residents during the coronavirus pandemic.

Merle’s leadership in social justice was recognised with a Member of the Order of Australia and a City of Greater Dandenong Living Treasure Award.

Merle’s message was simple “whenever I saw that something that needed to be done, I thought we should do something about it”.  Her legacy will be long lasting and her values, passion and leadership continue to underpin our work to improve the social and economic outcomes for people in the community.

We extend our deepest sympathies to her friends and family. 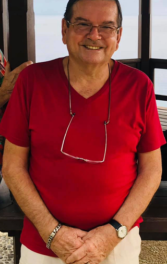 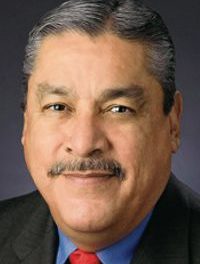 Statement on the Passing of GVB Board Vice Chairman Paul Shimizu

Farewell To one of the Finest Contributers to Global Travel Media