What to do when the travel bubble bursts? It happened to me

The trans-Tasman bubble with New Zealand is a vital international travel corridor and the only one Australians are free to take – but what happens when Covid breaks out, the bubble goes into pause mode and your flight is cancelled? Peter Needham tells the story.

I have just flown from a country with no Covid in the community to a city in lockdown – flying from Auckland to Sydney to return home to the NSW South Coast after a month in New Zealand. 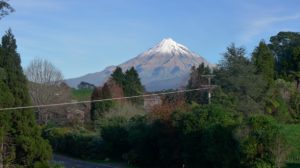 New Zealand is humming. Streets are busy, pubs and music venues are crowded, the craft beer scene is great (don’t miss the Brewers Co-operative craft beer and fish and chips bar in Auckland’s CBD) and the snow-clad summit of Mt Taranaki is spectacular. The main reminder that a pandemic is raging overseas comes when you use public transport, as you then must wear a mask.

I flew to New Zealand, from Sydney to Auckland, on 1 June, when New South Wales had zero cases of Covid. Sydney Airport was pretty quiet, to put it mildly, and the going was easy.

The only Covid scare during my New Zealand trip was when a visitor from Sydney flew to Wellington one weekend and dropped in on some of the city’s top attractions, including the Surrealism Exhibition at Te Papa museum. The visitor then returned to Australia, where he later tested positive for the highly contagious Delta variant of Covid and it was determined he might have been infectious during his visit to Wellington.

The subsequent alert closed all the Wellington attractions he had visited (and prevented my visiting some of them). The efficiency of New Zealand health officials is admirable. Yet although the infected Sydneysider had wandered around venues crowded with hundreds of people, not a single person in Wellington caught the virus. Why not? The visitor had received a shot of AstraZeneca vaccine in Australia a few weeks earlier, which would have reduced his viral load. That’s one theory – or it could just have been very good luck. Whatever it was, Wellington dodged a bullet.

A little later, as I enjoyed myself exploring Auckland, news arrived that Covid had broken out in Sydney and New Zealand had “paused” the travel bubble with NSW. I was due to fly back to Sydney in less than a week.

Then my flight was cancelled.

The New Zealand Government has announced the pause on Quarantine-free travel from New South Wales to New Zealand has been extended until at least 11:59pm (NZT) on Tuesday, 6 July.
As a result, our flights to Sydney have been impacted and your original flight has been cancelled.
Shortly you will receive an email signalling your flight has changed. This will allow you the option to confirm the proposed change or review this further. For further assistance, our Customer Services team are available 24/7 on 0800 737 000.

I wasn’t sure what “shortly” meant, so I gave them three days. 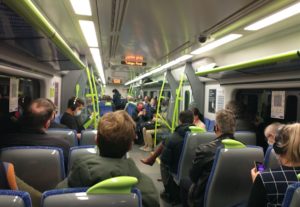 When the Tasman travel bubble is paused, what happens depends largely on which side of the Tasman you happen to be.

Currently, New Zealand has paused the travel bubble from NSW because of a Covid outbreak in that Australian state. This means that many visitors from New Zealand who used the bubble to visit NSW have found themselves stranded and unable to return to New Zealand. Some have been seriously inconvenienced. “Flyer beware!” is a term sometimes used.

In my case, however, while airlines are currently forbidden to bring passengers from NSW to New Zealand, there is nothing (other than economics) stopping them from taking passengers in the other direction. And that is what they did.

Flying empty planes is uneconomical, so airlines consolidate flights into larger aircraft, operate only from main points (in this case Auckland and Sydney), reduce departures to a minimum and take freight in the other direction to compensate, at least partially, for the lack of passengers.

It is often hard to work out quite what airlines are doing in these circumstances but the site FlightRadar24.com shows in real-time which flights are operating. I could see Air NZ Flight 103 Auckland-Sydney, using a Boeing 787-9 Dreamliner, was flying out on schedule each morning. This was encouraging.

I never received Air New Zealand’s promised email “signalling your flight has changed” and giving me the option to confirm – but I pre-empted it by phoning them after three days. It took 55 minutes for the phone to be answered by a human (which is not bad in the circumstances) and they quickly and efficiently worked it all out over the phone, re-booking me and using credit from my original cancelled flight to pay for the fare. They waived the phone booking charge.

I finished up flying on the date originally scheduled, but on an earlier departure.

It’s important to remember that to fly to Australia you need to fill out an Australian government health declaration online, which must be completed more than 72 hours (three days) before departure.

The departure board at Auckland Airport was full of cancelled flights so it was a relief to finally board the plane. After a smooth and pleasant flight, I arrived in Sydney, where passengers were informed that anyone who hadn’t filled in the official Australian health declaration would be conveyed by bus to a quarantine hotel to begin two weeks mandatory quarantine detention at their own expense.

Nobody aboard my flight was in that category. Phew!

Once through Sydney Airport, I travelled straight home on the train, wearing my mask.

As a bonus, I arrived in time for my scheduled AstraZeneca anti-Covid jab number two, and now have the official Australian government digital certificate to prove I’m fully vaccinated. Who knows, it could come in handy one day when travel starts up again!

This weeks TOP 50 most read articles

Agents rush to learn how to match cruise pax to brands