With ATEC’s industry members to a very large extent dependent on international inbound tourism for business in my discussion with Peter and click on the image below to check it out, it appears that the international travel ban has decimated the inbound travel and tourism business, with few ATEC members have been able to swivel a little to secure some domestic business, with many so focussed on international they have not been able to swivel so easily, with ATEC saying that domestic travel has replaced less than 20% of the revenue received from international visitors.

As a result, Peter told me most export tourism businesses have become reliant on the JobKeeper supplement to get them this far, with according to the ATEC industry ‘Pulse Check’ taken in January, as borders are closed and export tourism businesses are unable to access their international markets, 60% are running at less than 50% of their staff and service capacity with most only surviving with the support of the JobKeeper supplement. It is clear that as Peter has been previously quoted, “Australian tourism businesses have hung on with the support of JobKeeper but face annihilation once the program ends next month if the Government fails to provide further support,” with ATEC calling on the Federal Government to provide further financial support to the tourism industry and specifically the export tourism businesses which are unable to operate at anywhere near their previous levels.

Peter told me that tourism businesses had been optimistic that by now international borders would be open and they would be seeing visitors return, but all indications are that these businesses face yet another very tough year and some, even many, will not survive, without government support. So, I asked Peter to tell me more about what appears to be an economic disaster the sector appears to be facing, and what did ATEC want the government to do to help the sector, so to hear what Peter had to say click on the image below.

In the meantime though check out these numbers that I am sure, will send a shiver down your spine: – The export tourism industry ‘Pulse Check’ looked at how Australia’s export tourism businesses have fared over the past 12 months revealing: Around 60% of tourism businesses are running at less than 50% of staff and service capacity While 75% of tourism businesses have been able to supplement some of their revenue with domestic visitors, this spend represents less than 20% of income lost from overseas visitors 55% of tourism businesses will not survive till September without some kind of government support (while international borders remain closed) 95% of inbound tour operators (ITOs) – key tourism export intermediaries – have revenue of less than 10% compared to 2019 50% of ITOs are unable to attract domestic business and for those who have this represents less than 10% of their international market. 80% of ITOs will be gone by September without some kind of government support, making it much harder for the inbound tourism industry to restart.

Peter also told me, “These are the same businesses which were instrumental in delivering $45bn export revenue in 2019 and delivering thousands of jobs to regional communities throughout the country and they will be the ones which will provide future jobs and economic prosperity” adding that international visitors contributed more than $350bn in our economy and that we must ensure these businesses survive.

The Future of Cruising from the worlds leading Covid-19 Expert 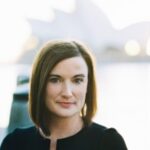 Many media incorrect saying international travel not to restart until 2024! 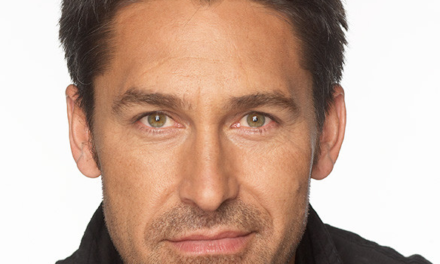