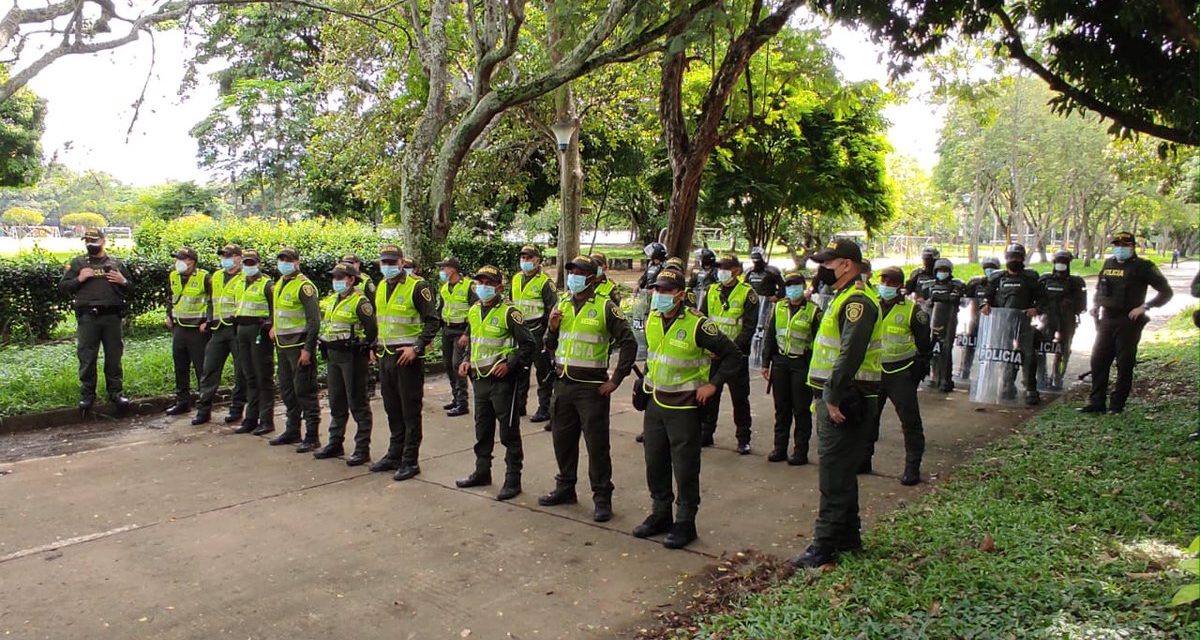 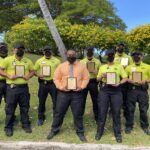 The Guam Visitors Bureau (GVB) held its second annual awards ceremony to recognize the achievements of its Visitor Safety Officers (VSOs) on January 29, 2021. The VSOs were recognized for their outstanding contributions in 2020 by GVB’s board, management, and staff in a small, outdoor ceremony at the Bureau’s Tumon office.

Since 2014, the program has seen great success in providing the presence of concierge and safety to both local residents and visitors in Tumon. It has been regarded as one of GVB’s most successful destination-based programs.
“On behalf of President & CEO Carl Gutierrez, the tourism industry, and the people of Guam, we thank the Visitor Safety Officers for what they do, the exceptional way in which they carry out their responsibilities, and the many times they go above and beyond the call of duty,” said Dr. Gerry Perez, GVB Vice President. “The thrust of our VSO program is centered on the safety and security of our tourists and local residents. But the issues and activities that they continue to address today have taken on new meaning in the midst of COVID-19.”
Adapting in the face of a pandemic
The COVID-19 pandemic brought new challenges to Guam’s tourism industry with the loss of visitors in early 2020. However, the women and men of the VSO program quickly adapted to serve the community in protecting the parks and beaches of Tumon. The VSOs documented over 12,000 reports of assisting residents with COVID-19 advisories on social distancing and use of public parks and beaches last year.
Eight VSOs commended
The GVB board and management commended the VSOs for their outstanding contributions and additionally presented eight special awards during its ceremony. 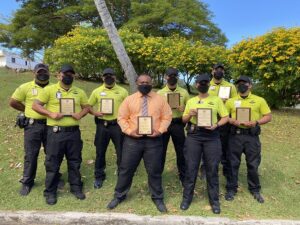 Håfa Adai Spirit Award – VSO Donnie Atoigue
The heart of the Visitor Safety Officer program is in its concierge service. As the frontline of the island’s tourism industry, the VSO program has been an extension of Guam’s renowned hospitality and Håfa Adai spirit. VSO Donnie Atoigue has gone above and beyond to exemplify this spirit.
Integrity Award – VSO James Rodriguez
This award is presented to VSO James Rodriguez for demonstrating high standards of ethics and integrity while performing his duties as a Visitor Safety Officer. VSO Rodriguez has demonstrated a high level of professional standard through his actions and commitment to doing the right thing and always rising to the occasion.
Significant Achievement Award – VSO Frankie Borja
This award is presented to VSO Frankie Borja for making significant achievements in the field and great strides in his professional development. This is demonstrated by the number of incidents he has personally responded to and his efforts to go above and beyond his call of duty to assist those in need.
Lifesaving Award – VSO Kylen Dohress
This award was presented to VSO Kylen Dohress who provided direct assistance to a distressed vessel that had 23 individuals, which included 11 children. VSO Dohress swam to the vessel where he assisted and guided them to shore safely, also ensuring all children had lifejackets on.
Rookie of the Year – VSO Mart Sablan
This award, received by VSO Mart Sablan, is to recognize and distinguish a new VSO who has shown outstanding performance in his current position.
Beach Safety Officer of the Year – BSO Ricardo Samonte
The Beach Safety Officer position is a crucial safety role within the VSO program. The BSO provides the presence of water safety on the northern side of Tumon. The Beach Safety Officer of the Year is awarded to BSO Ricardo Samonte, who has achieved outstanding success in his duties.
Visitor Safety Officer of the Year – VSO Marissa Maryland-Boak
The Visitor Safety Officer program is both concierge and safety. The VSO of the year award is given to an individual who has demonstrated high performance in executing both of those roles and who has exemplified outstanding service to the community. This year’s award was presented to Marissa Maryland-Boak.
Leadership Award – VSO Shift Leader Christopher San Nicolas
This award was presented to VSO Shift Leader Christopher San Nicolas for demonstrating outstanding leadership amongst his peers and leading by example.
The VSO program is currently contracted to G4S Secure Solutions. In addition, GVB would like to thank the Sinajana Mayor’s Office for helping with the setup of the small, outdoor ceremony.