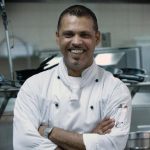 Today, West HQ has announced the appointment of Jean Philippe Secondis in the role of Director of Culinary, West HQ.

Secondis joins West HQ directly from Sydney Sofitel Darling Harbour as executive sous chef. Prior to that he also held the position of group head chef at The Duxton, Canberra, group executive chef at Catalyst Group, and chef de cuisine at The Star.

He has also trained under Michelin Star chef Richard Ekkebus, Executive Chef at Mandarin Oriental Landmark Hotel, Hong Kong, and has worked with René Redzepi, Chef and Co-owner of the two Michelin Star and number one restaurant in the world, NOMA.

With over 20 years in the hospitality industry, Secondis brings a je ne sais quoi, high calibre experience, and a spirit of innovation which the new destination has been searching for.

Chief Executive Officer, Richard Errington, welcomed Secondis saying, “The West HQ destination has come of age. It was necessary for us to appoint the role of Director of Culinary as we are now home to world-renowned chefs and exciting food brands. We welcome our valued customers ­– existing and new – daily, so it was necessary to create this position and secure someone with Jean Philippe’s talent and skill.” 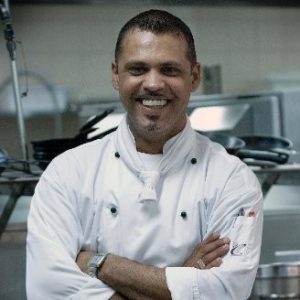 In response to Mr Errington’s comments, Jean Philippe said, “I have the highest regard for the Executive of West HQ and the vision to build what exists today. I’m excited about the quality of culinary brands already open at West HQ, those yet to come, and of course the opening of the Sydney Coliseum Theatre in December this year. The breadth of the culinary portfolio motivates everything that is important to me. I can’t wait to get started.”

Secondis will oversee all culinary experiences at West HQ commencing on 21 October as Director of Culinary at Sydney’s leading landmark destination in the Western Sydney region – West HQ.

This is Secondis’ second tenure at West HQ. In 2015-16, he held the position of executive chef for Rooty Hill RSL.