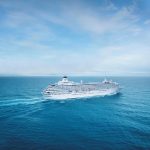 Stars of stage and screen will be in the spotlight aboard Crystal Symphony’s May 26th sailing from Tokyo to San Francisco, sharing tales from their storied careers to the Film & Theatre Experiences of Discovery cruise.

The voyage’s packed line-up includes Golden Globe winner Richard Chamberlain, who has won over audiences worldwide during his 50+-year career, from Dr. Kildare to The Thorn Birds, and dozens of hit shows and movies in between. Joining Chamberlain will be Emmy-nominated actress Michele Lee, best known for her turn as Karen Mackenzie on Knots Landing and boasting a host of acclaimed acting, directing and producing credits to her name; recording artist Melissa Manchester, famous for her first Top Ten Hit “Midnight Blue” and who has recorded dozens of hit movie soundtracks in her esteemed career; and famed actor Bruce McGill, who made a splash with his roles in Animal House and My Cousin Vinny and went on to achieve a successful career as a character actor.

“We are thrilled to welcome these stars aboard Crystal Symphony, as their collective repertoires and vast knowledge of the film and theatre industry are impressive,” said Karen Christensen, Crystal’s Senior Vice President and Managing Director, Australasia. “They are engaging and entertaining and have a wealth of show biz stories to share, as do the other industry experts joining this voyage.” 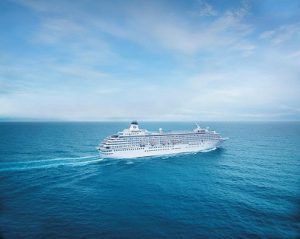 Throughout the voyage, guests will have opportunities to mingle with the actors and other special guests and enjoy engaging presentations and Q&A sessions that highlight their experiences in Hollywood and beyond. Also featured will be the producer of the annual Governors Ball for the Academy and Emmy awards, Gary Levitt; Hollywood publicist Steve Rohr; and composer, director and producer Gregory V. Sherman. Song Writers Circle lyricists will include two-time Oscar, Grammy and Golden Globe-nominated Allan Rich; Grammy-winning Melissa Manchester; and songwriter Sharon Vaughn, while lecturers from the Academy of Motion Picture Arts & Sciences will also join the lineup.

The 26-day sailing begins with an overnight in Tokyo before exploring Hakodate, Japan and Petropavlovsk, Russia, then continuing to Alaska.