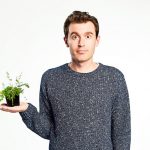 They say laughter is the best medicine, and the Melbourne International Comedy Festival Roadshow is set to administer plenty of doses of big belly laughs at this year’s Argyle Diamonds Ord Valley Muster.

Expect side-splitting entertainment over two nights of comedy on Monday 20 May and Tuesday 21 May at the Muster Festival Hub at the Jim Hughes Amphitheatre. Come in early for a bite to eat from pop up food stalls and kick on afterwards at the fully licensed bar, open until late.

Xavier Michelides is an active writer and stand-up comic performing across Australia at every club, pub, watering hall, cruise line, tent and stage. A festival veteran, he was nominated for the Golden Gibbo in 2011 at the Melbourne International Comedy Festival and Best Comedy at Perth Fringe World in both 2012 and 2017. Xavier is a writer on The Project and has previously worked on Good News Week, You’re Skitting Me and Dafuq? He has also appeared on TV programs such as ROVE Live, SBS’s Stand Up @ Bella Union and ABC’s Comedy Up Late. He has a unique brand of surreal character comedy.

The man in a sparkly tracksuit and son of a Bollywood star, Mawaan Rizwan is a Pakistan-born, London-based performer full of infectious energy. A successful writer, actor and comedian, Mawaan has starred in a BAFTA-winning television series, written for the New York Times, and had over 18 million views on his YouTube channel. Audiences can’t help but be captivated by his unique hybrid of confessional stand-up and skillful physicality.

In less than six years, Melbourne-based Kirsty Webeck has gone from a five-minute set at the end of a comedy workshop, to being one of the most in demand headlining comedians in the country. In 2015, she had her debut at the Melbourne International Comedy Festival with her hugely successful twelve-show run of ‘Hoping For The Best.’ In 2016, she debuted ‘Annual Man Pash’ with a run of sell-out shows and she made her television debut on the ABC’s ‘Tonightly With Tom Ballard’ in 2018. She’s winning hearts around Australia with her hilarious humour, gift for storytelling and her capacity to have everyone walk out of her shows feeling great. 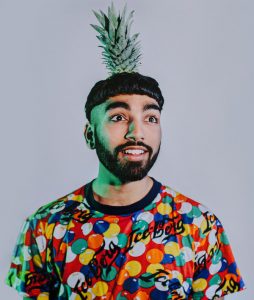 Making the trek across the Tasman is Kiwi Paul Williams who meandered onto the comedy scene in 2016. Since then he has performed multiple comedy shows all around the world (er, four countries). He has been nominated Best Newcomer at the 2018 Melbourne International Comedy Festival, Billy T Award at the 2017 New Zealand International Comedy Festival and named in Vice i-D in Auckland’s 2016 Ones to Watch.

Keeping the comedians to task and the night flowing is MC Tom Cashman, a rising star of Australian comedy. Tom had a huge 2018, writing and featuring on the ABC’s ‘Tonightly with Tom Ballard’ and taking his debut live show ‘Good’ around Australia to sell-out crowds and rave reviews. He was selected as part of Melbourne International Comedy Festival’s Comedy Zone showcase in 2017, toured with Roadshow in 2018, and is a regular at comedy clubs around the country.

The Melbourne International Comedy Festival Roadshow has proven to be a major drawcard during the Muster with sell-out shows every year.

The Argyle Diamonds Ord Valley Muster features exciting events across 10 days and will be held in Kununurra and surrounds from 17 to 26 May 2019.

The laughs can be found on the banks of the Ord River at the Jim Hughes Amphitheatre in Kununurra, the gateway to one of the last wilderness frontiers in the world. The beautiful untouched Kimberley landscape is as much of an attraction as this year’s Melbourne International Comedy Festival star line up.

The State Government is a proud supporter of the event through Tourism WA’s Regional Events Program.