Australia’s competition and consumer watchdog is turning the blowtorch on banks that gouge travellers by charging extortionate fees for converting currencies, either directly or via credit cards.

The Australian Competition and Consumer Commission (ACCC) wants to hear from small businesses and foreign currency suppliers on the matter – and it has been granted compulsory information gathering powers.

“Millions of Australians are travelling overseas, buying things on their Visa card, transferring Australian dollars into foreign currency and the banks are charging them too much – so we want to stop the rip-off,” Australia’s Treasurer Josh Frydenberg said.

Frydenberg says Australians are paying about AUD 2 billion a year in fees for overseas purchases or currency conversions. The ACCC has been asked to investigate the foreign transaction fees the banks charge consumers, which Frydenberg describes as excessive.

On ABC Radio yesterday, all sorts of bank practices were discussed, including allegations that some banks were charging consumers for loading their own money onto travel cards.

More generally, the Royal Commission into Misconduct in the Banking, Superannuation and Financial Services has unearthed all kinds of greedy, unethical, dishonest and even downright illegal practices conducted by banks and insurers. The time is right for a wider inquiry.

The ACCC will focus on sending money overseas and buying foreign cash, including through the use of debit and credit cards, both popular with travellers.

“Whether you’re buying Euros from your bank for an upcoming trip, sending money to family in Indonesia, or you’re a small business trading with suppliers in New Zealand, foreign exchange services are used by Australians every day,” ACCC Chair Rod Sims said. “The World Bank has reported that Australians sent around AUD 8.8 billion overseas in 2016. Yet they also found that Australia is the third most expensive G20 country for consumers and small businesses to send money from.

Sims said the ACCC will examine “why major companies in Australia, including the big four banks, seem to be able to consistently charge high prices”.

The ACCC will examine price competition amongst suppliers of foreign currency conversion services and consider how easily potential entrants to the market can compete.

Core to the ACCC’s inquiry will be the way prices are presented to customers. The ACCC notes the Productivity Commission recently found that consumers struggled to understand and compare the different types of prices charged for international money transfers.

“Many consumers have complained to the ACCC about these high mark-ups, as well as the transaction fees that often apply on top of that.”

The ACCC released an issues paper yesterday that encourages all parties to provide their views and experiences to the inquiry by 22 October 2018. The issues paper can be found at  Foreign currency conversion services inquiry, and written feedback can be sent to forex@accc.gov.au Alternatively, consumers and small business have the option of responding to a brief questionnaire which can be found at Foreign exchange – Consumer & small business questionnaire.

“We are keen to hear from consumers, consumer advocacy groups, small businesses, and foreign currency suppliers on their experience on a range of issues, including transparency of pricing, costs, barriers to entry, and other factors affecting competition in the sector,” Sims said.

“The ACCC will conduct this inquiry with an open mind, but with a view to making recommendations where appropriate.”

The ACCC’s inquiry is initiated under Part VIIA of the Competition and Consumer Act (2010) and will afford the ACCC with compulsory information gathering powers. The inquiry has received the necessary approval from the Treasurer of Australia as required by law.

The ACCC is expected to provide its final report to the Treasurer in May 2019.

The issues investigated in the ACCC inquiry will include:

“Excessive and confusing fees have made it too pricey to transfer money for far too long,” Leigh said.

“People deserve a safe and secure way to send money without large portions being eaten up by fees – something they would already have if the Government had listened to Labor years ago.”

No self service in buffet, enhanced medical facilities and fewer guests as MSC updates its safety protocol 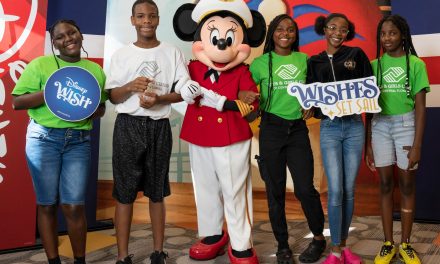 When is East Asia Reopening?