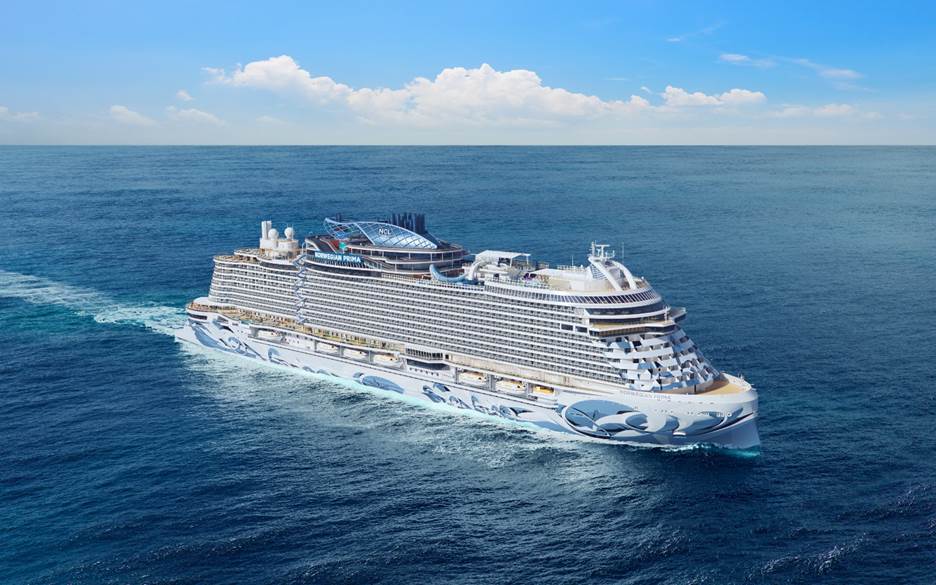 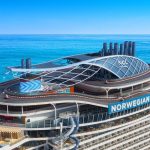 Harry Sommer, president and CEO of Norwegian Cruise Line, said: “Today we usher in a thrilling new era in cruising as we celebrate the delivery of Norwegian Prima, the long-anticipated first ship in our extraordinary new Prima Class.

Her variety of elevated experiences and epicurean delights include the Brand’s first upscale open-air food hall, Indulge Food Hall; the largest and first three-level racetrack at sea on the Prima Speedway, as well as The Drop, the world’s first freefall dry slide offering a 10-story plunge experience that reaches more G-forces than an accelerating F1 race car. Guests will enjoy the ultimate in relaxation via Infinity Beach, boasting two stunning infinity pools which are positioned close to water level to take in the vastness of the ocean with uninterrupted views, as well as Oceanwalk, where two glass bridges make guests feel as though they are walking on air over the water.

Other onboard standouts include Ocean Boulevard, which wraps around the entire deck over 44,000 square feet, allowing guests to connect to the ocean while enjoying alfresco dining and elevated experiences. 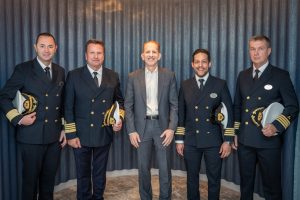 She lays claim as the most spacious new cruise ship in the contemporary categories and offers the most outdoor deck space and expansive accommodation of any new build. She’ll sail Bermuda from 10 October 2022; Caribbean itineraries from15 October 2022; and Western Caribbean voyages from11 December 2022 to19 March 2023 before returning to Bermuda from 28 March to 7 May 2023. 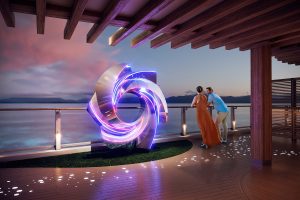 This August, Norwegian Prima will be the first major cruise ship christened in Iceland, commencing her eight-day inaugural voyage in the Icelandic capital of Reykjavik on 27 August 2022, sailing to Amsterdam.

Norwegian Cruise Line (NCL), the innovator in global cruise travel with a 55-year history of breaking boundaries, has taken delivery of its newest ship, Norwegian Prima, on 29 July in Marghera, Venice, at the renowned Fincantieri shipyard.

This highly anticipated milestone marks the arrival of the first ship in NCL’s Prima Class, which will see six new ships delivered through 2027. At /294 metres long, 142,500 gross tonnes and with a capacity for 3,300 guests, Norwegian Prima is designed to put guests first. Following her inaugural voyage, Norwegian Prima will sail a series of eight-day voyages from Amsterdam and Copenhagen, offering guests the opportunity to explore Northern Europe and the Norwegian Fjords.

Norwegian Prima will boast The Concourse, an oasis for art lovers, the first outdoor sculpture garden at sea with six installations created by international metal artist Alexander Krivosheiw and an art wall designed by David Harber. Global popstar Katy Perry, who serves as Norwegian Prima’s Godmother, will fulfil the longstanding maritime tradition of blessing and officially naming the ship and performing during the christening ceremony. She features wide-open spaces, thoughtful and stunning design, and various brands and industry-first experiences. Norwegian Prima comprises world-firsts, never-before-seen features, and extraordinary attractions you would never expect at sea”.

MSC World Europa to be based in the UAE

Belize, the Sea of Cortez, Maya Treasures, the Andean Cordillera, the Chilean Fjords …