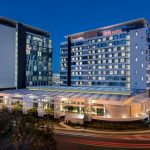 Alex Penklis, Chief Operating Officer of Brisbane Airport Hotels Group (BAHG), said the award is a testament to the dedication and determination shown by everyone involved within the hotel especially during these challenging times. “I am incredibly proud of what we have been able to achieve and winning this award for the second time in four years is a direct result of the hard work and dedication of our team in delivering a quality product and high level of customer service to our guests on a daily basis.”

The Pullman Brisbane Airport opened in October, 2017 as a five star luxury offering under Accor. Featuring 132 rooms including 2 Executive Suites, 6 Junior Suites, 12 Deluxe Executive Rooms, the hotel offers guests a relaxing transit while awaiting their flight. Guests can enjoy a bite to eat in Apron Restaurant and Bar, relax by the pool or unwind in the Executive Club Lounge. 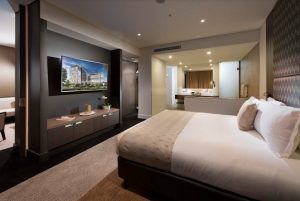 The Skytrax World Airport Awards are the most prestigious accolades for the aviation industry, voted by customers in the largest, annual global airport customer satisfaction survey. The survey and awards process is independent and free of any airport influence or interference in final results. The Awards are based on 13.73 million airport customer surveys completed during the survey period. Covering an extensive network the survey evaluated key performance indicators such as – overall experience at the hotel, access to and from the airport, service at reception, cleanliness, restaurant quality, value for money and quality of customer service. The World Airport Awards are a global benchmark in airport excellence to strive towards. For further information, visit www.worldairportawards.com