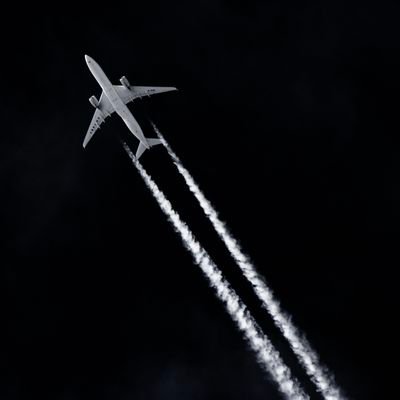 A pilot working for Italy’s state-run airline, ITA, has been fired after alarming allegations that he and his co-pilot were asleep at the controls as the plane cruised on autopilot during a recent flight over Europe from New York.
Italian newspaper La Repubblica (as quoted by British news outlet The Independent) reported that both pilots on ITA flight AZ609 from New York to Rome apparently dozed in the cockpit as the plane headed from the US to Italy a few weeks ago, on 30 April 2022.
The co-pilot is said to have been taking “controlled rest” at the time, which is not unusual on a long-haul flight – but at the same time the flight captain was also unreachable by air traffic control for just over 10 minutes.
The communications blackout sparked a terror alert, the Independent reported. French air traffic control notified their Italian counterparts the flight may have been hijacked.
Italian politician Michele Anzaldi posted on Twitter:

“What happened on the ITA flight from New York, where both pilots fell asleep, is very grave. The company has a duty to guarantee that this will never happen again and must apologise to the passengers.”

Flight AZ609 did not lose altitude or move from its planned route during the radio silence from the pilots.
The Independent quoted ITA as confirming the “immediate removal” of the pilot but noted the airline had not confirmed that the captain had fallen asleep during the shift, though it acknowledged he “did not comply with the procedures in force”.
The airline, as cited by the news outlet, noted that that the safety of the flight was never compromised.
ITA stated: “For flight AZ609 on 30 April from New York JFK to Rome Fiumicino, ITA Airways initiated and concluded an internal investigation procedure.
“The purpose of this internal investigation was to determine the incidents relating to the momentary loss of radio communication between the cockpit and the air traffic control offices, particularly during the overflight of French airspace.
“This investigation led to the identification of a behaviour of the Captain that did not comply with the procedures in force both during the flight and once landed, i.e. a professional conduct that was not consistent with the behavioural and working rules dictated by the Company, which the staff is required to follow strictly, and above all of strong inconsistencies between the statements made by the Captain and the outcome of the internal investigations.
“In light of this, the Company has adopted a disciplinary measure that has led to the immediate removal of the resource from the ITA Airways workforce, as the relationship of trust in the working environment had been broken.”
Since 2021, ITA has effectively taken the place of defunct Italian flag-carrier Alitalia.
Written by Peter Needham

New MSC World Europa to be based in Dubai