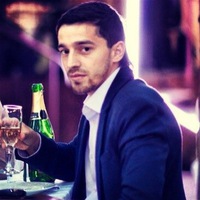 International travel and hospitality provider Sonders & Beach has partnered with RINA to officially launch the world’s first LGBTQ+ certification program to identify and certify hotels, destinations and travel service providers that guarantee a safe and inclusive environment to all members of the LGBTQ+ community. The historic QueerVadis Certification Program will award accreditations to entities that meet rigorous regulatory standards and protocols to ensure LGBTQ+ clients experience a respectful and fully welcoming environment. The traveller will be guaranteed the freedom to be themselves without fear of harassment or judgement. More information is available at https://queervadis.com/.
A Rigorous Review Process
The QueerVadis Certification Program is conducted in collaboration with the Italian LGBTQ+ Tourism Organization (AITGL). RINA’s acclaimed third-party certification process will provide an independent guarantee of compliance, supporting QueerVadis’ policies across all aspects of projects, operations, logistics, and legislation. To earn the certification, applicants must pass a rigorous 60-point review process that includes the proper training of staff and management, adherence to a Code of Ethics, and a commitment to guaranteeing the highest level of safety, protection and service to the LGBTQ+ community.
RINA will perform the initial certification audits and provide an ongoing review, thereafter, aimed at maintaining the status of an “LGBTQ + Welcoming” company.
“LGBTQ+ travel is a powerful and influential part of the global tourism industry, representing more than $200 billion worldwide. It is also one of the fastest-growing segments, comprising more than 10 per cent of all travellers,” said Alessio Virgili, Co-Founder and CEO of Sonders & Beach. “The QueerVadis Certification Program will guarantee LGBTQ+ travellers a safe, inclusive and welcoming environment.”
“We are proud to partner with Sonders & Beach to help create a world where LGBTQ+ travellers can feel respected and valued in their own identity, regardless of where they travel,” said Nicola Battuello, Executive Vice President – RINA. “The QueerVadis Certification Program is in line with the PNRR values for the promotion of inclusive and sustainable tourism. The growing recognition of its importance in the industry is a clear example of how, by joining forces, two companies can contribute to a society that is increasingly attentive to the well-being of all.”
Growing Membership
Sonders & Beach’s partnership with RINA was introduced during the recent European States-General of LGBTQ+ Tourism held in Milan and organized by AITGL, the Italian body of LGBTQ+ Tourism. Participating organizations included UNWTO, ETOA, IGLTA, ENIT, Confindustria Federturismo, Fiavet, the Mayor of Milan, and the tourism bodies of eight European countries.
Current QueerVadis-certified members include the UNA Hotels Group, Leonardo Hotels, Italian Tourism Agency (ENIT), Best Western, the Municipality of Milan, and the Municipality of Crema, among others. Leonardo Hotels Central Europe, headquartered in Berlin, is responsible for a hotel portfolio in countries that include Germany, Austria, Switzerland, Poland, Czech Republic, Hungary, Spain and Italy. The portfolio encompasses 84 hotels in 37 regions with more than 14,500 rooms.
Leonardo Hotel’s Fattal Hotel Group, based in Italy, was among the first to complete the certification. It was eager to become “QueerVadis Approved” with the approach of the 38th Annual IGLTA World Convention, the premier convergence point for LGBTQ+ tourism professionals, in October 2022. With the convention being held in Milan, one of Italy’s fastest-growing destinations for LGBTQ+ travel, the hotel group recognized the importance of ensuring visitors of its inclusive policies.
“We want every guest to know that, at our properties, they can feel completely free to be themselves,” said Rafi Carmon, Country General Manager, Italy. “The QueerVadis Certification is proof of our commitment to providing an inclusive environment of safety, support and superior service to the LGBTQ+ traveller.”
Edited by: Jill Walsh

Travel agents here to stay and US travel looks good