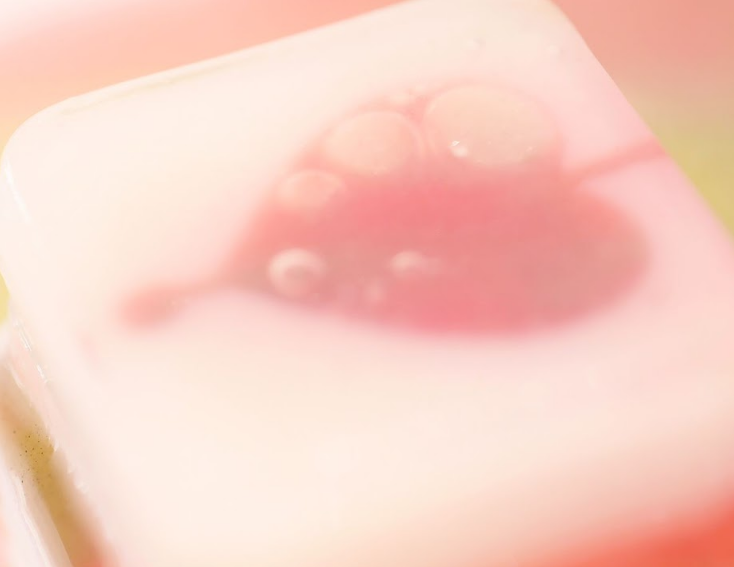 The past decade has seen great strides in innovative food experiences like 3D-printed food, ingestible sensors, combining robots with food service and eating with augmented reality. So far, these experiences have only involved using technology alongside existing food.
Logic Bonbon offers a ‘cyber’ food experience that combines the application of logic operations – the basic building blocks of every digital computer – with edible materials resulting in the creation of a liquid-centred dessert.
A Logic Bonbon system includes a pre-made hollow bonbon along with the option of three different ‘logic gates’ that allow the flow of flavoured liquids into the bonbon.
Users can introduce different liquids into the bonbon simultaneously and the bonbon is filled with different flavour and colour combinations depending on which ‘logic gate’ was used. The Bonbon also has a transparent top layer which allows the users to see their final results.
Image: A Logic Bonbon with an AND logic gate displaying a heart-emoticon with a mix of two flavours (raspberry and green apple) is ready to eat.
Food designer turned human-computer interaction researcher, lead author Jialin Deng, from the Faculty of Information Technology’s Exertion Games Lab, said the idea behind the development of the Logic Bonbon was to use food itself as an integral part of the computational operation.
“Over the course of three months, we tested the system with 10 participants, allowing them to sense, experiment and ‘play’ with the Logic Bonbons, filling it with different flavour combinations which they could consume,” Ms Deng said.
“Through their interactions with the Logic Bonbons, the participants tangibly experience and learn about logic operations and are essentially creating a mini edible computer that requires an input, performs computation and results in different combinations of outputs while displaying different emoticons and flavours, allowing to the user to experience what computation ‘tastes’ like.”
Co-author of the research, Exertions Games Lab Director Professor Florian ‘Floyd’ Mueller, said the process of interacting with and understanding computation need not be restricted to linear methods.
“Through this project we are illustrating that even food materials and interacting with your meal can be a medium to introduce people to concepts of computer science,” Professor Mueller said.
“It would be great to see this research applied and developed further by creators like chefs, food designers and gastronomists, to introduce computational concepts in a fun multisensory way and deliver experiences where diners ‘execute’ the ‘software’ that the chef has programmed into their food.”
Possible future research building on this project include developing more complex computational systems made of food to further explore how hospitality can be supported in delivering unique experiences to diners while supporting the chef’s craft and expertise.
The Logic Bonbon research findings will be presented during the ACM CHI Conference on Human Factors in Computing Systems being held in New Orleans, USA, from 30 April – 5 May.

A Lunar New Year Afternoon Tea at The Windsor