Mona shines the spotlight on its worst reviews

Who doesn’t secretly love reading bad reviews – provided the reviews are trashing some establishment, product or tourism enterprise that is not yours.
In the era of online anonymity and public takedowns, everyone’s a critic. So Tasmania’s Museum of Old and New Art (Mona) has taken the words of its toughest critics to heart, using them to promote the acclaimed – albeit highly divisive – museum outside Hobart.
Since it opened in 2011, the museum’s critical reception has broadly been one of praise and admiration. Yet, despite its award-winning architecture, world renowned collection and prolific program of exhibitions, festivals and events, Mona can’t escape the wrath of some: like Allan from Yengarie, who gave the museum one-star, stating: “it’s rubbish”.
Following Mona’s tenth anniversary in 2021 – and in the wake of the museum’s extended Covid-19 shutdown – The Best of Our Worst Reviews seeks to highlight some of the museum’s most colourful criticisms from the past decade.
Robbie Brammall, Director of Marketing and Communications, Mona, says “Mona gets more one-star reviews than the Louvre, with less than 10% of the visitation. David loves that stat. We also get more five-star reviews, but in his mind that’s a less noble metric.”
The David he refers to is Mona’s founder David Walsh, descried by Wikipedia as an “Australian professional gambler, art collector and businessman” who studied mathematics and computer science before making his fortune by developing a gambling system used to bet on horse racing and other sports.
Walsh went on to found Mona, the largest privately funded museum in Australia – or anywhere else south of the equator – which he has described as a “subversive adult Disneyland”.
Not everyone likes it. Take Shantelle from Queensland who thinks Mona exhibits “less talent than a chicken that’s walked in its own poop and spread it around”, or Adam from Albury who muses “I didnt know u could fit so much crap that bores the crap out of crap into a house of crap”.

The lingering impact a visit to Mona leaves on visitors is palpable, with hundreds of negative reviews now found online, ranging from the disgruntled (“my wife’s asthma played up” – John) to the disturbed (“lucerferian and satanic agenda” – Don). Perhaps the experience is best summed up by reviewer DolceVita_9 of Virginia, USA: “you’ll either love it or hate it, I wish I could just forget it”.
Jardin Anderson, Head of Creative, Mona, says: “Placing a spotlight on our worst reviews may seem counterintuitive, but there is something interesting in putting public opinions back on the general public. Art, food, beer, wine, architecture and music are all things that are super subjective and personal, so it’s not surprising that people have opinions. Luckily we believe that all opinions are valid. So valid, in fact, that we’d put them up on a billboard on Parramatta Road.”
The Best of Our Worst Reviews can be seen across social media, catch-up TV, cinema, Qantas seat backs and outdoor placements in Victoria and New South Wales featuring some of the best, real world, one-star ratings. In addition, T-shirts and tote bags featuring one-star Mona reviews as well as an AR Instagram filter will become available in late March. The full video can be viewed on Mona’s Youtube page:

Built by David Walsh to house his collection of ancient, modern and contemporary art, Mona is the second most-visited tourist attraction in Tasmania. Today, the museum’s extensive private collection includes works by James Turrell, Wim Delvoye and Alfredo Jaar, while its calendar of touring exhibitions has showcased the likes of Matthew Barney, Marina Abramovic and Gilbert and George. Or as SChemny78 described it: “A whole lot of weird, sad stuff.”

Mona is open 10am-5pm, Thursdays to Mondays. Situated on a peninsula in the suburb of Berriedale, Mona is best accessed from the River Derwent via the Mona Foma ferries that depart from the Hobart waterfront.
Discover more of Mona’s worst reviews: mona.net.au/the-best-of-our-worst-reviews/
Edited by Peter Needham 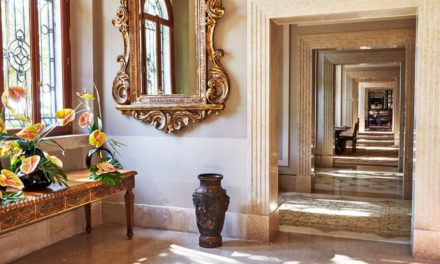 ‘End is in sight.’ Most encouraging virus news in a long time