Has Blinken Just Backed Putin into a Corner? 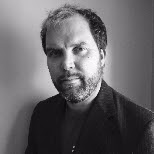 Here is Dr Matthew Schmidt’s perspective on what will happen when Putin is cornered:

QUOTE: “As Putin gears up for a massive hybrid war in Ukraine, he faces nothing less than the prospect of a catastrophic success if he invades. If his goal is to keep NATO out of Ukraine, it already doesn’t matter. American and British trainers, including Special Forces,

have been helping Ukrainian soldiers prepare for an insurgency for months. The U.K. just announced the shipment of more military aid, and the U.S. has already sent the kind of gear suited for a long and bloody guerrilla war.”
“The risk with the letter sent by Secretary of State Blinken is that if Putin doesn’t see a way out in the letter, he may feel his only option is going in – to Ukraine. Mr Blinken’s public statements suggest there’s nothing in the letter that Russia will see as a path forward out the crisis. I look forward to finding out what’s in the letter that we don’t know.
“This is a case of the tail wagging the bear. Putin has backed himself into a corner. He needs Ukraine, or at least part of it, to make Eurasia great again. He needs it to protect his brand, and also because if Kyiv succeeds in building a culture of liberal values in Ukraine, he’s afraid that this country, which has always been the closest of siblings to Russia, will infect Russia with its values. Putin is right to fear…this would bring down the grand-historical project he has dedicated his political life and legacy to.”

Australia Re-opened To International Tourist: The Wait Is Over

Refunds for all passengers on Air NZ ‘vomit comet’