Royal Caribbean takes delivery of Wonder of the Seas 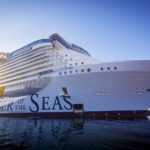 Royal Caribbean International has announced it has taken delivery of its new ship, the Wonder of the Seas.
Marking the completion of three years of construction, a flag-changing ceremony took place in Marseille, France, with shipyard partner Chantiers de l’Atlantique.
The Wonder will make its official debut in Fort Lauderdale, Florida, on March 4, to begin sailing 7-night cruises to the Caribbean before heading to Barcelona, Spain; and Rome to offer summer cruises in Europe.
Welcoming Wonder to the Royal Caribbean family was Royal Caribbean Group Chairman Richard Fain, Royal Caribbean Group President and CEO Jason Liberty, Royal Caribbean International President and CEO Michael Bayley, and Laurent Castaing, General Manager, Chantiers de l’Atlantique in Saint-Nazaire, France.
“Wonder of the Seas will energize cruising in a bolder and bigger way. Adding this ship to our already best-in-class fleet elevates the company in continuing to lead the industry with new features and innovation,” said Jason Liberty, president and CEO, Royal Caribbean Group. “This is one more way that we’re delivering world-class and memorable vacations, responsibly, to guests around the world.”
“Taking delivery of Wonder of the Seas is the culmination of 30 months of ingenuity and partnership across more than 2,000 committed crew members and workers who are among the best at what they do,” said Michael Bayley, president and CEO, Royal Caribbean International. “Along with taking the revolutionary Oasis Class ships to a new level of wonder, innovation and adventure, Wonder sets the stage for the spring and summer vacations families and all travelers alike are looking forward to in the new year. The combination of brand-new features and favorites that span thrills, entertainment, dining and nightlife is unparalleled, and it’s what will make our latest and most innovative ship the world’s newest wonder and the ultimate vacation in the Caribbean and Europe.”
Edited by John Alwyn-Jones, Cruise Editor 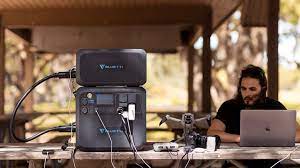