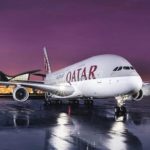 An Airbus-Qatar Airlines dispute over A350 skin issues escalated sharply on Thursday when Airbus accused Qatar Airways of portraying the matter as a safety issue and called for independent legal advice.

Due to paint and lightning protection damage, Qatar Airways claims that its air transport authority has grounded 20 of its planes. Airbus is currently embroiled in a lengthy dispute with one of its largest customers.

Despite some “surface degradation,” European regulators have deemed the A350s safe to fly, Airbus said in an unusual statement revealing a breakdown in relations with the launch customer of Europe’s finest long-haul jet.

“The attempt by this customer to misrepresent this specific topic as an airworthiness issue represents a threat to the international protocols on safety matters,” it said.

After studying the Airbus statement, a spokesman for the airline said he would not comment before reviewing it.

According to industry insiders, Qatar Airways has not shown any signs of backing down in its dispute with Airbus, which has already forced it to exclude Airbus from a multi-billion-dollar deal to replace its 35 freighters with Boeing.

Several hundred million dollars in expected grounding costs are on the line, as is the credibility of two of the industry’s most influential leaders.

At least five other airlines have complained about paint or other skin problems since late 2016, according to papers obtained by Reuters. But thus far, only Qatar Airways planes have been grounded, and Delta has just joined the list of affected carriers.

“We have worked actively with Qatar Airways to minimise the impact of this in-service surface degradation on their aircraft,” Philippe Mhun, Airbus executive vice-president of Programmes & Services, told reporters.

Mhun said Airbus had offered solutions to Qatar Airways from patches to repairs of the anti-lightning material or repainting of entire aircraft, but Qatar Airways had declined the offer.

According to industry sources, Qatar Airways is reluctant to apply short-term remedies until the leading cause of the problem has been identified.

European Union Aviation Safety Agency (EASA) has claimed “no possible airworthiness issue has been detected to date” and ruled out any link to another manufacturing flaw that prompted it to release an A350 draft safety directive.

Airbus believes it knows what’s going on, but sources say it may need to conduct further tests on the effects of surface ageing before it can come up with a clear resolution.

Mhun claims that Airbus’ legal action is based on a contract clause that allows for arbitration.

Usually, arbitration is carried out away from the public gaze, but Airbus said it was acting to “defend its position and reputation” while calling for a “constructive dialogue”.

Less than a year before Qatar hosts the FIFA World Cup, Qatar Airways claims its brand and wide-body operations are at risk due to the grounding of 20 A350 jets.

“I have never seen anything like this. It is not only a problem between Airbus and Qatar Airways but it is also designed to prevent further damage to the A350’s reputation with all operators,” said aviation adviser Bertrand Grabowski.