When cruise ships started calling regularly at Port Lincoln, Peter Crettenden, an Adelaide-based sole trader with his Swagabout Tours business, saw an opportunity in the town where he was born and raised. 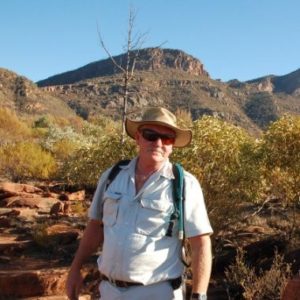 viewed it as a chance to add to his growing tourism business guiding international and interstate
visitors to attractions in South Australia and the Northern Territory by giving cruise visitors a memorable experience of Port Lincoln and the district’s rugged coastline.

“I asked what the passengers did when the ships called at Port Lincoln and was told they mainly took the shuttle from the port and had a walk around the town,” Peter said. “I thought Port Lincoln and the district had a lot to offer so I devised a tour that included the rugged coastline and the marina, which has the Southern Hemisphere’s biggest fishing fleet. The half-day tour is very popular.”

However, Peter is now among the many tour operators who have experienced a massive hit to their businesses with the pandemic’s impact on cruising and the closing of borders to international visitors and interstate lockdowns. The loss of cruising alone has slashed around 45% from his turnover, with Peter joining calls for federal and state governments to agree to a pathway for the resumption of domestic cruising. 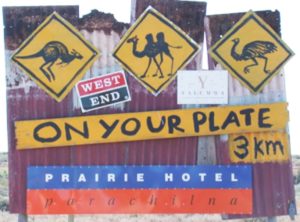 has been involved with the sector since 2008 beginning as a ‘step-on guide’ for cruise ship passengers visiting Adelaide. He came to tourism via an unusual route having worked for 27 years in the South Australian Government’s Department of Mines and Energy in a technical field.

With a passion for geology, Peter thought he could do an as good or better job than the tour guides he saw taking visitors to places such as the Flinders Ranges, Coober Pedy and Uluru.

His business grew with specialised small group tours and the cruising connection in Adelaide, Port Lincoln and Kangaroo Island.

“When I first started doing the step-on guiding here in Adelaide, there were quite a lot more ‘internationals’ with some ships on round the world voyages,” Peter said. “But then a lot of Aussies started coming, enjoying cruising and seeing it as a nice easy comfortable way to see parts of Australia that they would probably never have visited otherwise. Unfortunately, I’ve lost the cruise and international visitors and my clients from the east coast can’t get here because of lockdowns. People don’t understand that in tourism, it is not what is happening locally that’s affecting businesses, it is what is happening in greater Australia.” 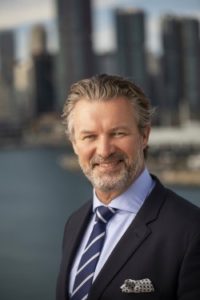 Sture Myrmell, President of Carnival Australia and P&O Cruises Australia, said Peter’s Swagabout Tours was another example of business operators, small and large, for whom cruising is an opportunity that supports local economies and jobs.

“Businesses benefit from the economic activity generated by cruising but the flow has now been cut off for more than a year with no indication of when the tap might be turned on again,” Myrmell said.

“This loss of business opportunity for so many underlines why it is so important for federal and state governments to engage and agree on a pathway for the resumption of domestic cruising, knowing that it will be months before any cruise ship can return to Australia.”

Peter Crettenden is looking forward to when cruise ships can again occupy his summer tour bookings especially in his home town of Port Lincoln.

He likes showing cruise visitors what the district has to offer including pointing out where they can get the best of the town’s culinary specialty.

“People ask where they can get a good seafood lunch in town and after the morning tour I point them in the direction of cafes and hotels that can serve them a nice seafood lunch,” Peter said.

ACA welcomes the the cruise re-start in Australia