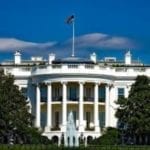 The letter notes that current science, the success of the U.S. vaccine rollout, and the Centers for Disease Control and Prevention (CDC)’s own guidance allows for steps toward a safe resumption of international visitation.

“While U.S. borders remain closed to much of the world, the remarkable scientific advancements to combat the COVID-19 pandemic and the tremendous vaccine deployment achieved by your administration have allowed the safe resumption of many activities,” the letter reads. “For all its economic and cultural contributions, international travel should be among them and it will hasten the economic recovery we all desire.”

The letter urges the establishment of a public-private taskforce by the end of May to develop a risk-based, data-driven roadmap for safely reopening international travel to the U.S.

The letter further states that efforts toward reopening should start by pursuing a “public health corridor” between the U.S. and the United Kingdom (U.K.), given its importance as a travel market and its similar pace of vaccinations and declining infection rates. On Friday, the U.K. categorized the U.S. in the “amber” middle tier of its new “traffic light” system for international travel. 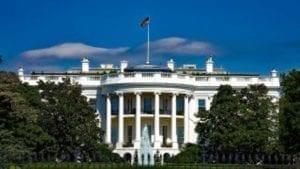 The letter also urges the administration to utilize the upcoming G7 summit to seek commitments from other world leaders to develop and implement a global framework for reopening international travel.

“The U.S. must be a global leader in restarting international travel,” the letter says. “Using science and data as our guide, it is possible to reopen our borders and establish these important public health corridors.”

The letter says steep declines in international travel in 2020 resulted in the loss of $150 billion in U.S. export income and 1.1 million domestic jobs, according to figures provided by the U.S. Travel Association. If nothing is done to lift entry restrictions, the U.S. is projected to lose an additional $175 billion by the end of this year.

Though positive signs for domestic leisure travel have been widely reported, international and business-related travel—which together comprised more than a third of direct-travel jobs in the U.S. in 2019—remain almost completely halted, with a recovery for both expected to take years without significant policy action.

U.S. Travel Association is the national, non-profit organization representing all components of the travel industry. In 2020, travel generated $1.5 trillion in economic output and supported 11 million jobs, a drastic decline from pre-pandemic figures. U.S. Travel’s mission is to increase travel to and within the United States. Visit ustravel.org for information and recovery-related data.