Back #BeliKreatifDanauToba: Minister of Tourism Gets Behind New Campaign and Encourages Public to be Proud of Local Toba Products

In a policy announcement on Saturday (20/02), Indonesia’s Minister of Tourism and Creative Economy, Sandiaga Salahuddin Uno, encouraged the public to “get behind the new #BeliKreatifDanauToba movement” (BKDT) with pride in Indonesia and Lake Toba products.

The Minister announced the new policy alongside a series of guidelines by the Coordinating Maritime Affairs and Investment Minister Luhut Binsar Pandjaitan; the Governor of the Bank Indonesia Perry Warjiyo; Minister of Finance Sri Mulyani Indrawati; Minister of Communications and Information Johny Gerard Plate, and the Vice Minister of Tourism and Creative Economy Angela Tanoesoedibjo from Balige North Sumatra; and the Regent of Dairi Regency Eddy Keleng Ate Berutu.

“I came directly from Dairi Regency wearing my traditional Tapak Catur songket clothes specifically to express my appreciation to this incredibly creative designer and to demonstrate my wholehearted support for the Beli Kreatif Danau Toba movement. This outfit is one of the many examples of local Toba products that have been transformed into one of Indonesian’s exclusive economic products,” said the Minister for Tourism and Creative Economy, Mr Sandiaga Salahuddin Uno.

To ensure the central BKDT policy’s success, MOTCE has prepared three strategies: innovation, adaptation, and collaboration to stimulate the tourism and creative economy sector in Indonesia.

Commenting on MoTCE’s support of the central government’s policy, Minister Uno, said “The three strategies and series of programs are designed to help facilitate the growth of Lake Toba’s 5,700 creative economy artisanal businesses in North Sumatra.”

He added, “In addition, as a grassroots campaign for the country, each has been designed with collaboration in mind between ministries, local governments, marketplaces, MSE communities, and creative economy actors so we can all play our part and show our support for Indonesia’s development.”

In line with the Bangga Buatan Indonesia (BBI) National Movement, launched by the President in 2020, MOTCE has also introduced the Beli Kreatif Lokal (purchase innovative local products) campaign. The new policy will provide market support and assistance to artisans in the fashion, crafts, and culinary subsectors in the Jabodetabek area.

In 2021, MOTCE will expand the BBI national movement derivative program to facilitate Indonesian artisans’ growth in North Sumatra under the BKDT program.

In addition, MOTCE will also promote Lake Toba as a ‘Super Priority Destination’, with development to be monitored by President Joko Widodo.

“Through this program, the MOTCE wants to encourage a sense of pride in the purchase and use of local products from North Sumatra among the public so that we can actively take part in national economic recovery,” Sandiaga explained. 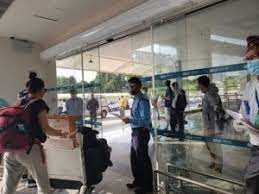 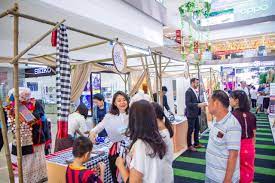