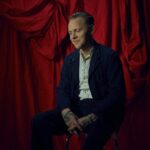 Inland Sea of Sound 2021 will take the form of an intimate series of concerts and associated events over five nights and one day in the centre of Bathurst from 23 – 28 February.This year’s format includes a combination of indoor and outdoor concerts, featuring guest
headliners such as C.W. Stoneking, Kate Ceberano and some of the region’s finest local
musicians.

The festival kicks off on Tuesday, 23 February with a free but ticketed screening of Soda Jerk’s
Terror Nullius at BMEC, in association with Bathurst Regional Art Gallery. Part political satire,
eco-horror and road movie, Terror Nullius is a political revenge fable constructed entirely from
samples pirated from the Australian cinema cannon. Then it’s onto the music at the BMEC City
Hall with Sub-Tribe, a dynamic six-piece electronic-roots/dub fusion band from New
Zealand. Sub-Tribe will be supported by popular local bands, The Safety of Life at Sea and The
Mirandas.

On day two, the festival will be held outdoors, with the carpark behind the Fossil Museum and the
TAFE building being transformed into a summer wonderland. This concert will feature Hussy
Hicks, lead by powerhouse soul vocalist Leesa Gentz, and Julz Parker, who was touted by
Australian legend Phil Emmanuel as the country’s leading female guitarist. Hussy Hicks will be
supported by local alt-country duo, Smith & Jones.

Friday’s show will be held at the BMEC Theatre and headlined by the vocal prowess of Kate
Ceberano who will be accompanied by guitarist Ben Butler, who recently returned from the US
having performed alongside Sting and Bruce Springsteen. The local musical support for the night
will be the exceptionally talented singer-songwriter Andy Nelson with his incredible five-piece
band to complement his modern folk performance. 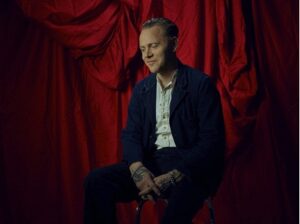 On Saturday, the festival returns for another balmy night outdoors at the Fossil Museum with
C.W. Stoneking, a blues storyteller, who will be supported by another artist who can’t be pigeonholed, the incomparable Mo’Ju, who won best song and album at the 2018 National Indigenous Music Awards.

The final day of the festival boasts an afternoon performance at the BMEC theatre with the
energetic trio, The Beanies, providing a free show for families.

Over the course of the festival, there will also be a free special film screening as well as a public
art program, held at Bathurst Regional Art Gallery.

Tickets are on sale now and can be purchased, along with picnic boxes to enjoy throughout the
festival, at www.inlandseaofsound.com.au

Celebrate milestones, immerse yourself in art, and be mesmerised by spectacular shows all in the heart of Sydney