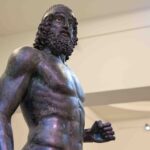 Early autumn’s Undiscovered Italy Tour took place in Calabria from September 21st to 24th. It’s the well-known format conceived and created by Daniela Corti Events with the patronage of Enit (the Italian tourism board) and in collaboration with Canadian Tour Operator Susan Barone of Luxury Weddings Worldwide and InStyle Vacations.

Twenty wedding and meeting planners as well as Italy-based journalists from both general and specializing media visited a territory that during this summer proved to be greatly successful, as a result of a big self-promotional effort by the local tourism chain, which didn’t give up to the pandemic and wisely exploited its strengths.

The trip was sponsored by the Chamber of Commerce of Vibo Valentia. Partner for ground services was Antoior Travel. Local media coverage was provided by LaC Tv.

This tour, like the previous ones, aimed to show participants places and locations suitable for either weddings or international events, as well as to promote personal encounters with local excellences in every side of the industry, including the food & wine chain.

The Villaggio Sporting Calabria is located in Isca Marina, on the stretch of the Ionian Sea known as Costa degli Aranci. It consists of 40 two- or three-room apartments, all of which with independent entrance and equipped with balcony or veranda. The fine white sand beach is just 200 meters away. The atmosphere for wedding receptions or even for beach weddings is gorgeous.

The Certosa di Serra San Bruno is a Carthusian monastery located near the homonym town, in a green valley about 815 meters above the sea. Its origins date back to 1084 and its authority as a place of worship is attested by illustrious visitors: in recent times it has been a pilgrimage destination, among others, for two popes (John Paul II and Benedict XVI) as well as for the Ecumenical Patriarch of Constantinople.

The Bergamot Museum is an exhibition of tools telling more than three hundred years of culture, history and traditions on this citrus fruit and its use. It displays a review of industrial archaeology with extraction machines dating back to the early eighteenth century (the first steam-powered ones as well as the electric ones) up to the industry of the 1960s and the economic boom. 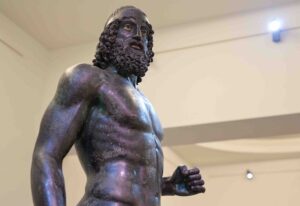 Reggio Calabria’s seafront, extended for more than one kilometer, rich in palm trees and extremely varied plant species, is an avenue adorned with Art Nouveau buildings, commemorative monuments, a monumental fountain and some archaeological sites. It is called “the most beautiful kilometer in Italy” due to the optical phenomenon of the fata morgana, visible only from the Calabrian coast, thanks to which it is possible to see close-up images of Sicily reflected by the sea.

The National Archaeological Museum of Reggio Calabria exhibits one of the most remarkable collections of artifacts from Magna Graecia. Built in the nineteenth century, it then grew with the many finds resulting from the excavation campaigns conducted by the Archaeological Superintendency of Calabria, including the famous “Bronzi” of Riace.

The L’A Gourmet L’Accademia of the famous chef Filippo Cogliandro, known in the news for his firm anti-racket positions, was born in 1995 and since 2004 is in the ancient Palazzo della Castelluccia, in the heart of Reggio Calabria. It offers courses of the Mediterranean culinary tradition with raw materials directly provided by the territory. Its refined and high quality gastronomic creations are also available as external catering services, which is a very rare case at this level.

Uliveto Principessa Park Hotel in Cittanova, overlooking the Ionian Sea, 30-minute drive from Tropea, includes 56 rooms, two car parks, a Spa, as well as a large park with a scenic swimming pool. Perfect balance between comfort and style, sweet atmospheres enhanced by the breathtaking beauty of the landscape.

The Castello degli Dei restaurant was born from the entrepreneurial idea of ​​the Raso brothers, young chefs coming back to their homeland after various experiences which they transposed into an architecturally suggestive facility recalling the medieval period whilst not disdaining modern functionality. It stands out for its service, the originality of the courses and the freshness of the raw materials.

The rock village of Zungri

The rock village of Zungri is extended over an area of ​​almost 3,000 square meters on a rocky ridge. It is composed by 500 cave houses overlooking the valley of the Malopera stream. A staircase carved into the rock crosses all the levels that make up the village, while the cave houses are different from each other, arranged both on one floor and on two levels. The niches carved into the rock suggest that their original use was either as pantries and closets or as beds. 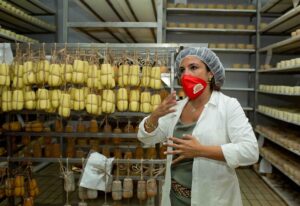 Serfunghi Calabria was founded in 1964 for the marketing of fresh and semi-finished mushrooms. The founder’s sons then created a company for the potting and processing of mushrooms, manually collected on site by expert people with the utmost respect for the environment, carefully selected and processed following the most ancient Calabrian recipes. The product range also includes appetizers, pates, sauces, spices and other delicacies. During the tasting, the products of Salumificio Suppa were also appreciated.

Borgo dei Vinci is a dairy company that produces cheeses and dairy products using milk from the pastures of Monte Poro, sometimes combining typical products such as chilli and ‘nduja. The aromatic herbs of Monte Poro give the cheeses flavours and typicality of this area. The millenary dairy tradition does the rest.

Azienda Agrituristica Caridà produces pecorino del Poro cheese. In particular, the Mazzitelli family likes to strengthen the territoriality of the Zaccanopoli pecorino. Actually Zaccanopoli – the small hilly village on which the company stands – sources its name from the Greek word Zagharopoulos, later translated into the dialectal term zaccanu (=sheepfold), with the -polis (=city) suffix, hence “city of fences”. It is here that pecorino del Poro was born.

A statement by Daniela Corti

«Calabria is definitely one of the most active and proactive regions this year in Italy, tirelessly promoting its wonderful richness, its green valleys, its abundant traditions and its enchanting sea. A dream for any events, not just for weddings».

No packed lunches for tourists in Florence