Bites and Stings: The Price of SummerFees halved by Australia’s only travel advisory program for small ship cruisingIT&CM Asia and CTW Asia-Pacific Returns To BangkokHats off! Aussie headwear brand, ooGee, releases crush-resistant range of stylish, travel-friendly hatsHow increased web conversion of their paid traffic by 31% in 2 monthsP&O Cruises Australia’s Historic Encounter in Trieste, ItalyEscape this year at Sir Richard Branson’s luxury mountain chaletInternational tourists back, but rebuild will take timeTravel tech: What is it? How is it changing the world?Travel Industry Bouncing Back:
JOHN ROZENTALS uncovers the quirky side of service in Japan. - Global Travel Media

JOHN ROZENTALS uncovers the quirky side of service in Japan. 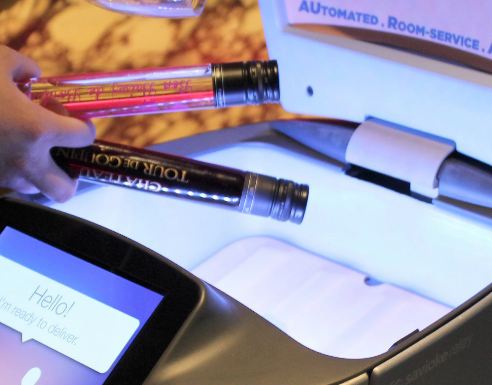 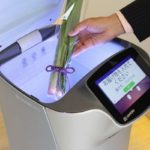 When Australians can freely fly to Japan again, here are five examples of thoughtful and quirky services to keep travellers feeling safe:

1: Automated Taxi Doors — For a first-time visitor to Japan the self-opening-and-closing passenger door of taxis is a surprising novelty. The courteous and clean automatic door service was first introduced back in 1964 for the Tokyo Olympics. As the passenger is not required to touch the door when getting into the taxi or when alighting it is a super clean, kind service that many have come to take for granted.

2: Hotel Robots — It sounds futuristic but robots have arrived and are now providing services at some of Tokyo’s hotels. The Shinagawa Prince Hotel N Tower  launched the first autonomous delivery robot in Japan in 2017. Now nicknamed “Harry”, the room-service robot can deliver a range of items to the rooms for a fee, including face towels, toothbrushes, nightgowns, amenities for children, LAN cables, wine openers and other minibar items (beer, soft drinks, snacks). Customer service by robots at Henn na Hotel in Tokyo’s Ginza takes a variety of forms. The “Unibo” robot concierge makes a variety of facial expressions and provides hotel and tourist information. The rooms are also equipped with smart technology to enhance the guest experience. 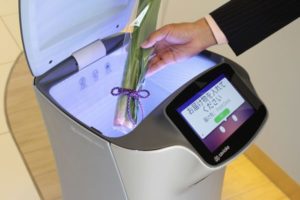 “Harry”: the room-service robot can deliver a range of items.

3: Private Ramen — Counter restaurants with private booths for diners known as “Flavour Concentration Booths”. Ramen noodles are a favorite for many and are most commonly enjoyed sitting at a counter slurping alongside other diners. Ramen Ichiran, originally from Fukuoka, now has 19 shops in Tokyo. Initially this inspired service was designed around individual female diners and celebrities not wanting to eat publicly. The concept is to allow the diner to completely focus on enjoying noodles without any of the stresses that could interfere with their meal. 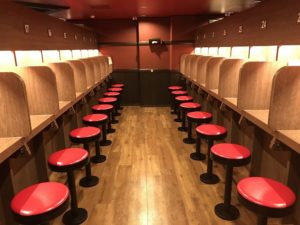 4: Restroom “Throne Service” — This aptly named service by Tokyo’s Daimaru Department store is a real-time Online Restroom Availability Service. Instead of making a way to the restroom location and forming a queue travellers can easily identify which restrooms in the store are available. Available in Japanese for now. 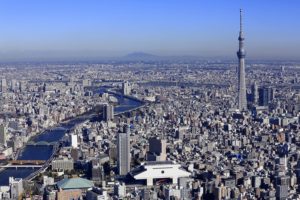 NOTE: Potential travellers should check the status of individual events and establishments with regard to the coronavirus outbreak.

Further death knell for cruising in the region. 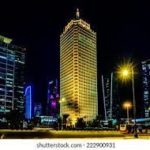 2020 Travel and Tourism Industry Impact on the U.S. Economy