If you own a blimp, you need a Plan B 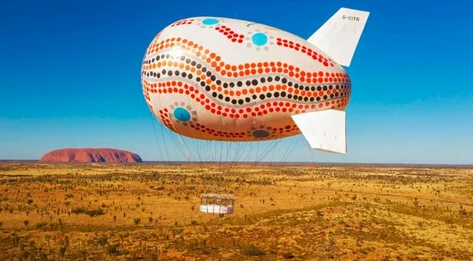 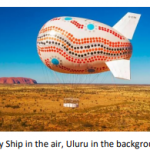 The founders of Sky Ship Uluru had a brilliant idea.

The most spectacular way to view Uluru (Ayers Rock) is from the air at sunrise and sunset. At sunrise, Uluru changes colour from milky grey to deep purple to crimson to golden red.

So, why not install a blimp shaped hydrogen balloon with a steel wire tether to enable it to be raised to a height of 150 metres, and lowered to its mooring platform when not in use? And instead of keeping the blimp in a hanger to protect it from the wind, why not have a turntable on the mooring platform so that the blimp could be turned to face the wind direction?

The first rides were on 18 August, 2018. The TripAdvisor traveller reviews were 5 star.

What could possibly go wrong?

On 8 October 2018, high cross-winds destroyed the blimp while it was on its mooring platform. No problem – the blimp was insured and a few months later the insurer paid out $1.98 million.

There was no Plan B. Because there was no spare balloon to use as a back-up, there would be no more rides until a new balloon was installed, which could mean a wait of 9 months.

This might not have necessarily been a problem but for the fact that the Voyages Resort was unhappy with the blimp because it was obscuring views of Uluru from the dining room. So it gave notice of termination of the Operator Agreement under which the blimp was operating on the grounds that the blimp operator had ceased to conduct business for more than 14 days.

The NSW Supreme Court has upheld the termination as valid. In his judgment, Justice Darke criticised Sky Ship Uluru for failing to include a legal Plan B in the Operator Agreement, which would apply to this situation and suspend the Agreement for up to 12 months to give time to replace the blimp.

JOHN ROZENTALS Doesn’t Titter At All About This Group.

With the last grapes from Windowrie’s Canowindra vineyards harvested for the year, JOHN ROZENTALS reports that a sense of calm has spread though the winery. 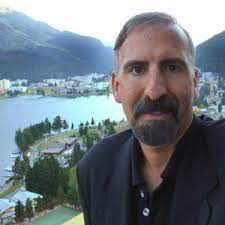