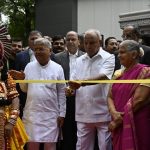 The first edition of much awaited Karnataka International Travel Expo(KITE) opened on 25th August with a sober note amidst the state’s recovery from recent flood fury in its northern region.

T K Anilkumar, Secretary to Government, Tourism Department, Government of Karnataka, said: “over 10,000 appointments are scheduled between buyers and sellers over two days. With the tagline ‘One state many worlds’, Karnataka has rich heritage of 24,000 monuments. We have identified 20 top ones among them to be promoted in the first round.”

Karnataka is the 6th State to bring a comprehensive travel trade event to provide a platform for all of industry stakeholders to interact with potential worldwide buyers at the target destination and also to showcase their products through pre and post familiarization tours.

Karnataka has 2 UNESCO World Heritage sites. One that of the remains of Hampi, once capital of opulent Vijayanagara Kingdom of 15, 16 and 17 century whose grandeur was compared with contemporary Roman empire by a international travelers of that time. Magnificent architectural remains at the second site at Pattadkal are even older than that of Hampi and were built by various rulers. The third, UNESCO Natural site of Western Ghats(range of thick, green clad mountains are shared by three coastal states of India and a major portion of the Ghats is in Karnataka , which has many tourist attractions all along and in the vicinity. 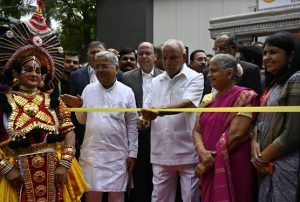 Karnataka also has the credit of being home to maximum number of Asiatic elephants and tigers. The state’s 325 kilometers of coastline remains less explored and makes for a excellent attraction with good logistic infrastructure, new accommodation facilities and water sports, rafting and diving facilities.

S Mahalingaih, Director Skyway International Travels and a member of Karnataka Tourism Society(KTS), said: “We hosted domestic buyers and media on 3 day pre-familiarisation tours to 4 popular circuits and are hosting 106 international buyers and media on five 3, 5 and 6 day tours.” KTS, a partnership of private service providers and the Government of Karnataka Tourism department officials is especially formed to organise KITE event.

Obesity confirmed as a major risk factor in Covid-19

Travel agents that maintain an emotional connection with consumers through the pandemic will emerge stronger post COVID-19, says GlobalData