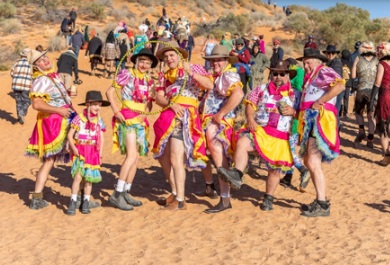 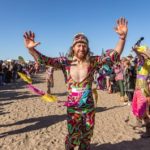 A sea of colour, sequins and sparkle shimmered across the striking red sands of outback Queensland this morning, as hundreds of Oz rock music lovers and dashing dogs dressed to impress for the annual RFDS Bashville Drags race and Fashions in the Desert at the Birdsville Big Red Bash music festival.

The world’s most remote music festival is hosting a record crowd of around 11,000 punters, more than 800 of whom vied for Queen of the Desert billings as part of the 765-metre drag race, which raises much-needed funds for the Royal Flying Doctor Service.

All participants were required to dress in ‘Priscilla – Queen of the Desert’ theme, with the race kicking off atop the 40-metre-high Big Red sand dune – the largest of its kind in the world – before snaking down a steep desert incline and back through the sprawling festival site.

Participation via registration in the event saw the Big Red Bash raise close to $25,000 for the Royal Flying Doctor Service.

Last night, the festival played host to a surprise performance from the newly reformed Noiseworks – the first time the legendary pub rock outfit has played live in more than seven years.

Storming the stage before 11,000 all-age revellers, the band performed a rousing rendition of their legendary hit Take Me Back, with Jon Stevens’ unmistakable voice booming across the outback.

The performance also marked the first time Noiseworks has performed since the passing of founding guitarist, Stuart Fraser, from lung cancer in 2019.

The band paid tribute to Fraser before the performance, with Jon Stevens saying: “we are performing in memory of our great brother Stuart Fraser.”

Stevens also told the crowd that Noiseworks will be touring later in the year, as well as releasing their first studio album since 1991, with a new single to set to drop next month.

Stevens said the long overdue album had been recorded over a decade ago with Fraser and had initially been planned for release back in 2019.

Before his performance with Noiseworks, Jon Stevens took the stage for an electrifying solo set, following national music treasure Kate Ceberano who belted out classics from her illustrious three-decade career and new Sweet Inspiration album.

Earlier on this morning, hundreds of punters awoke early and climbed Big Red to greet the day with a sunset yoga session – soaking in the vast expansiveness of the Simpson Desert’s rolling dunes.

Running from July 5-7, 2022, the family and dog-friendly festival is conservatively estimated to bring $15 million in economic benefit to regional and outback Queensland. In Birdsville, the renowned Bakery is reporting daily sales of close to 1,500 curried camel pies and 900 coffees as festivalgoers travel through to the event.

The outback town is usually home to a population of around 150 people.

Nominated for ‘Festival of the Year’ at the 2022 Queensland Music Awards, The Big Red Bash is produced by the Outback Music Festival Group, which also stages the Broken Hill Mundi Mundi Bash in outback NSW. 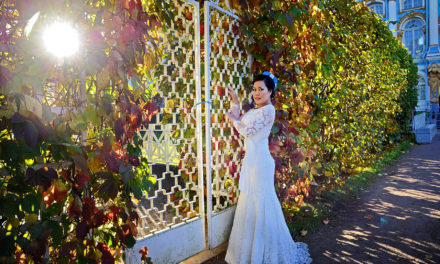