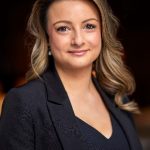 The Star Sydney has announced the appointment of two General Managers (GM) to its NSW property leadership team.Christina Grasso has been promoted to General Manager Hotels, Events & Guest Experience, while Jason Alcock assumes the position of General Manager Food & Beverage.

The Star Sydney’s Chief Operating Officer, Damian Quayle said: “Christina and Jason bring tremendous experience and understanding of the hospitality industry to a team determined to enhance our position as the city’s premier hospitality, dining and entertainment precinct.”

Mrs Grasso has more than 15 years’ experience in the tourism, hospitality, and accommodation sectors. Over the past three years at The Star, she has been instrumental in The Darling Sydney retaining its coveted Forbes Five Star rating while also rolling out the first phase of The Star’s Premium Guest Service Experience Training.

As a member of the Accommodation Association of Australia NSW Advisory Board, Mrs Grasso is a passionate advocate for developing long-term careers in hospitality.

“Since commencing with The Star Sydney in 2019 as Director of Hotels, Christina has been an exceptional leader, with an unwavering dedication to delivering guest service excellence across our three hotels – The Darling Sydney, The Star Grand Hotel and The Star Grand Residences,” Mr Quayle said.

“As the tourism industry continuous to be reenergised, her leadership will be integral to our property being the destination of choice for visitors seeking out the best Sydney has to offer.”

As GM Hotels, Events and Guest Experience, Mrs Grasso said she was looking forward to expanding her responsibilities across The Star Sydney.

“While I’ve had the pleasure of working with and learning from extraordinary team members within our hotels, I’m excited to do the same across our events, logistics and retail teams,” she said.

“I’m thrilled with the opportunity to be a role model for other women at The Star – and particularly those in traditionally male-dominated fields.”

Mr Alcock, who has been with The Star for over a decade, adds a wealth of local and international experience to the property’s leadership team. He has previously held senior operational positions in the organisation – including Executive Chef and Director Food and Beverage Operations.

Mr Alcock was also instrumental in establishing The Star Culinary Institute – now one of Australia’s largest privately run apprenticeship programs aimed at identifying and nurturing Australia’s next generation of chefs. 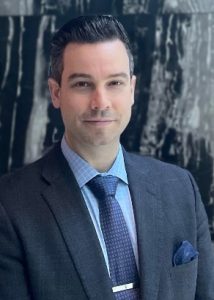 “This year, we have unveiled three restaurants – a mixture of signature dining and casual concepts– Ele by Frederico and Karl, Mashi-no-Mashi and Rumble – that cater to all types of food lovers

“Our venues are in great hands. Jason is an accomplished and award-winning chef with a passion to attract, train, and build talented hospitality teams.”

Mr Alcock said: “I am incredibly honoured to lead The Star Sydney’s food and beverage operations. It’s an exciting time for our venues and our industry as it gets back on its feet after a difficult period.

“With the support of a great team, fresh bar and dining concepts, and an opportunity to leverage the built-up demand of local, domestic and international visitors, I look forward to expanding The Star’s reputation as a world-class foodie and nightlife destination.”