Calvià celebrates its tradition and culture with fun festivities year round 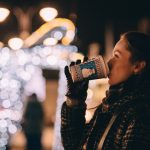 With centuries of history dating back to the Bronze Age, Calvià has an array of traditions to celebrate through fairs and festivals. Many have a medieval origin, although in recent years the Majorcan region has incorporated modern traditions brought in by its international community. Taking place throughout the year, visitors can be sure to take in some of the local culture when they visit the island, from summer celebrations and colourful carnivals to Christmas festivities.

During the winter, there are celebrations based on Majorcan culture and heritage. There are a range of Christmas markets in the region in the lead up to the festive season which is celebrated in December and January. The Three Kings parade takes place on 05 January. The eve of the Epiphany is the most awaited festivity for little ones. The Three Kings parade consists of floats decorated with bright and colourful Christmas decorations and characters. The Kings run through the areas of Calvià handing out gifts to the children.

Sant Antoni and Sant Sebastià days, between 17 and 20 January, sees the island of Majorca light up with bonfires, much like November 5th in the UK. This tradition has been celebrated since 1652, thanks to Sant Sebastià who is said to have saved Es Capdellà from the bubonic plague. In Calvià on the Saturday of Sant Antoni, next to the church building in Calvià Village, they light the biggest bonfire where they burn an effigy of the devil. Around the larger fire, small bonfires are lit and revellers barbecue Majorcan sausage (‘botifarrons’) and spicy pork sausage (‘sobrassada’).

Taking place on the Saturday before Ash Wednesday, the Sa Rua carnival brings a colourful parade to the streets of Calvià. People of all ages get together and dress up in fancy dress either individually, in couples, or in groups and parade through the streets on floats or by foot. Costumes are judged in a contest where winners receive cash prizes. It is the best way to interact with locals and friends in an exuberant atmosphere. The prize giving event is followed by a party with barbecues, fireworks and music.

In Spring, the “Pancaritat and Diumenge de l’Àngel”, the most rural of Calvià’s traditions, takes place. After Easter, neighbours gather for a short countryside walk, organised by the parishes. On this day everyone shares the Easter Sunday lunch leftovers such as ‘panades’, ‘robiols’ and ‘crespells’, and spend a day together full of fun, fellowship and community.

Not only are there important cultural events in Summer, showcasing the history of the region, but each area of Calvià also has its own fiesta. These are organised by local neighbourhood associations, with help from the Town Hall. It is a good opportunity to get to know and interact with the locals.

Sant Joan takes place in Calvià Village on 24 June, and began in the fifties. Sant Joan Baptista (Saint John the Baptist) is the patron saint of Calvià. The town celebrates by honouring the community’s senior citizens, organising a Mass and performing traditional dances for them. All those over the age of 75 are invited to enjoy a Majorcan delicacy – a glass of almond ice cream with ‘ensaimada’, a local pastry.

One of the most important local traditions is the King Jaume Festival, which started in 1995 commemorating the conquest of the Islamic Kingdom of Majorca in September 1229. Around this date a packed programme of activities includes the re-enactment of the disembarkation and the fight between Christians and Saracens on the beaches of Santa Ponça. There are special parades with paper mache giant puppets, traditional songs and dances. A popular part of the festival is the “Nit de Foc”, a fire and pyrotechnics show where demons run after people juggling with fire. It is an incredible show of fireworks and percussion that fills the Santa Ponça promenade. As the culmination of the festivals, the fireworks show fills the sky of the bay of Santa Ponça with light and colour, signalling the end of the festivals each year until Christmas.

Travelling to Russia in autumn