Qantas To Expand PER Gateway With Flights To JNB And JKTViking Marks Float Out Of Newest Ocean ShipNews From Your Travel ClubLaos Phenomenal Cloud of BatsNew green pearl in the Allgäu: Das RübezahlMastercard Expands Travel SuiteAll-Inclusive and Carefree – Sustainable Hotels with Full Board PackagesRevenge travel: The new normal of post-COVID worldAn Intelligence Analyst’s View on Traveling to Europe NowExperience Authentic Gettysburg for Yourself
Nanuku Resort and Chef Louis Tikaram bring Fiji to Brisbane - Global Travel Media 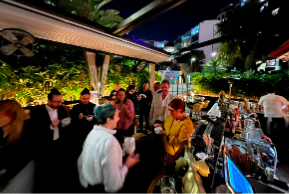 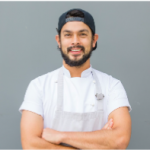 In true Fijian style the evening connected guests with the outdoors via sweeping views of the river and Brisbane city skyline. Occupying the upper level of the landmark heritage-listed Howard Smith Wharves building.

An intimate group were treated to an evening of Fijian-inspired cocktails and mouth-watering canapes including a classic Fijian ‘kokoda’ (ceviche). A national dish, but with a ‘Stanley twist’. Accompanying the Stanley signature were an elaborate assortment of small plates including Sydney rock oysters with a rice wine vinaigrette, free range crispy pork belly with English mustard, and cumin spiced lamb ribs with chili, sesame and lime, to name a few.

Growing up on both a cattle farm in Australia as well as in Fiji, Louis developed his passion for food while cooking alongside his Fijian-Chinese grandmother, Collette. A vegetarian ceviche made with fresh coconut cream was the first dish Louis’ grandmother passed down to him. Louis’ culinary skills have seen him work across the globe at some of the world’s most respected restaurants including Tetsuya’s, Longrain and as executive chef at West Hollywood’s EP & LP restaurant.

Presenting to the group, Louis shared his excitement to be collaborating with Nanuku Resort, “I am thrilled to begin this new friendship with the entire Nanuku Resort team. Reconnecting with my childhood home Fiji, and the very roots of my style of cuisine”. The evening marks the launch of a special relationship between Nanuku Resort and Louis Tikaram. Louis is set to bring his culinary mastery to Fiji later this year for a major Nanuku Resort event.