Business travel mentions among corporates already increased by 4% year-on-year in 2022The Female Rangers of Great PlainsCelebrity Cruises Celebrates Full Relaunch Of 15-Ship FleetWindstar Celebrates 35 Years in the Tropical Paradise of TahitiTravel confidence is boosted as more than half of global tourists are unconcerned about the spread of COVID-19Carnival Cruise Line to Bring Costa Venezia to the U.S. in 2023Digital Loyalty Programme Memberships to Exceed 32 Billion by 2026A Cultural Retreat at Four Seasons Resort The Nam Hai, Hoi AnQF Flights From Australia Direct To FCO Take OffOakwood Premier Melbourne Confirming Its Luxury Status
More awards for Margaret River’s Gralyn Estate, ranked #23 in Australia - Global Travel Media 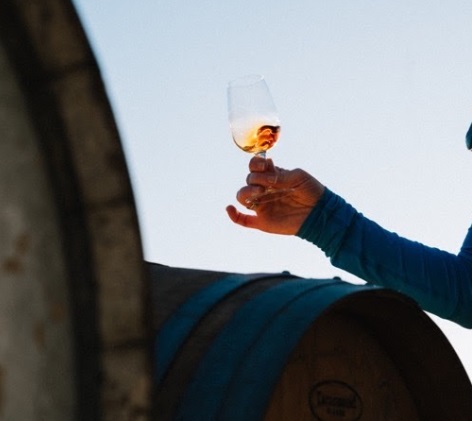 “The Artizan Rare Muscat scored 98 points, defying every expectation of Margaret River. It led the charge from the hyper-grapefruity 2018 Reserve Chardonnay, 2018 Reserve Cabernet Sauvignon and the Classic Muscat, which is a younger sister for Artizan and almost half the price,” Huon says.

Gralyn Estate owner and winemaker Scott Baxter says there is only a handful of wineries Western Australia that specialise in aged, fortified wines.

“It’s an honour to be listed alongside other prestigious wineries and wonderful recognition for our small family-owned estate and is testament to our site and the wines produced over the last 40-plus years,” Scott says.

“Wintery weather just calls for a warming fortified wine – we deal with a lot of avid fortified drinkers, it’s quite natural for them to open a bottle of fortified, and I’d say it’s also being rediscovered by a new generation of wine lovers.”

Gralyn Estate was founded in Wilyabrup in 1975 and was the first to open a commercial cellar door in Margaret River in 1978.

“Graham and Merilyn knew the Wilyabrup property was special when they moved there in the 60s, they knew premium fortified wines had their place and they believed that they were on to something – and they were right,” says Scott.

Scott and Annette will be pouring Gralyn Estate’s award-winning drops at The Real Review Top Wineries of Australia 2022 Showcase in Sydney on 17 July and in Melbourne on 7 August, wines that are usually only available at their Margaret River cellar door.

In the latest Winestate Magazine annual Cabernet and Bordeaux Challenge and Fortified tasting, Gralyn Estate attracted top scores; 98 points for the 2001, 2002 and 2009 Cabernet, and 98 points for the Artizan Rare Muscat and Museum Muscat.

This recognition is on the back of the Artizan Rare Muscat awarded the prestigious title of Wine of the Year at the London Wine Competition, as well as scooping ‘Best in Show by Country’ and ‘Best Wine of the Year by Quality’ trophies from 1,300 wines that were submitted from 36 countries.

Gralyn Estate was also awarded Gold for both its 2017 and 2018 Reserve Cabernet Sauvignon at the London Wine Competition.

Scott says that great wine always starts in the vineyard.

“The vineyard is perfectly positioned close to the coast with mature vines that are dry grown and low yielding,” says Scott. 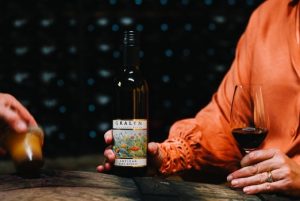 “For many years we’ve employed organic vineyard practices which has increased the microbiology in our soils; we’re producing grapes with perfect balance, intense flavour and fine ripe tannins – the essential elements for great wine.”

Gralyn Estate wines are only available online or at the Caves Road cellar door, which is open every day (except Good Friday, Christmas Day and Anzac Day morning).