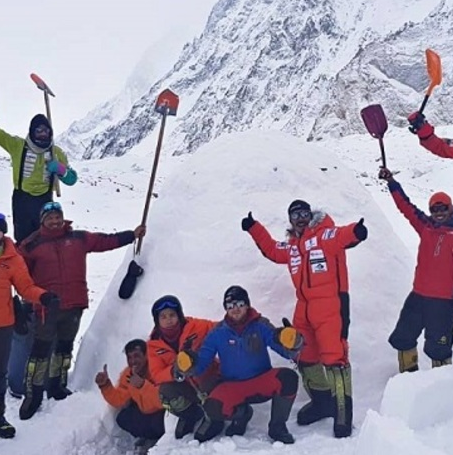 Queenstown received its biggest snowfall in years over the weekend, with the mountains surrounding the alpine town blanketed in over 1.5m of snow in places.

The snowfall indicates an epic ski season ahead and the Southern Lakes ski areas are in their final stages of preparations.

Cardrona and Treble Cone GM of Experience Laura Hedley says this is one of the best starts they’ve seen in decades – and it’s going to be a winter to remember.

“We opened Cardrona Alpine Resort over the weekend but following the massive amounts of snow, we are preparing to open McDougall’s in the next couple of days and will progressively open the rest of the mountain over the next week,” says Mrs Hedley.

Coronet Peak is also opening early, a day ahead of schedule on 16 June, and kicks off night ski on 22 June. The Remarkables will open on 18 June while Treble Cone is set to open on 25 June.

“It’s a great feeling to have this much snow so early on in the season – over the weekend about 120cm of snow dumped at Coronet Peak and 90cm at The Remarkables. That gives us the most snow on record for our opening days. Our on-mountain teams are raring to go this week and we’re looking forward to getting out there and welcoming back our Aussie neighbours we’ve missed over the past two seasons” says NZSki CEO Paul Anderson.

“Queenstown is the Southern Hemisphere’s leading four-season resort, the skiing is world-class and our region offers an unrivalled range of winter experiences on and off the ski fields. We look forward to having skiers, boarders and winter lovers here soon for their snow adventure and ski holiday,” adds Mrs O’Donnell.
For more information on Queenstown’s incredible winter offering see www.queenstownnz.co.nz.