QF Flights From Australia Direct To FCO Take OffOakwood Premier Melbourne Confirming Its Luxury StatusLongreach Now One Of Australia’s Largest Cruising PortsBeyond Times Square Presents Luxury History Tours in BostonExperts Warn Travellers to Be Vigilant of ScamsSydney is One of the Best Cities for Baby-Boomers to Live in and VisitNEW 15-Day Tour of the Galapagos, Amazon & AndesTravel & tourism deal activity registers marginal growth of 1.4% in May 2022,Qantas To Expand PER Gateway With Flights To JNB And JKTViking Marks Float Out Of Newest Ocean Ship
How To Decolonise The First Nations Entrepreneurial Landscape - Global Travel Media

How To Decolonise The First Nations Entrepreneurial Landscape 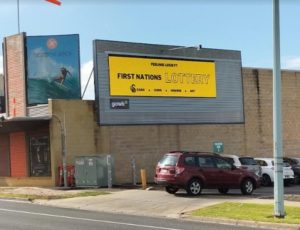 First Nations entrepreneurs have been at the forefront of innovation and entrepreneurship from being the oldest bakers in the world to building the oldest know aquaculture that was used for farming fish and eels.However, they are often overlooked by the mainstream Australian economy due to systemic
discrimination, institutional racism and cultural bias against First Nations. In urban areas, First
Nations entrepreneurs face significant challenges accessing markets, resources and investment
capital. And yet there is an abundance of untapped potential that can be leveraged if we make
the right decisions today to decolonise our approach to business development for First Nations
entrepreneurs.
Blakwashing is the act of misleading consumers about the blak identity of a company or the First Nations benefits of a product or service. Blakwashing is the act of misleading consumers about the company or policies as ‘Indigenous’ when they’re not. It is a form of corporate propaganda and false advertising. Blakwashing often involves making unsubstantiated claims about some aspect of a company’s products, services, or public image.
Blakwashing is also a form of false advertising because it attempts to convince customers that its company or products are First Nations – often through clever but deceptive marketing tactics such as using a First Nations person as the lead or ‘founder’ or using First Nations artwork on their products. This can lead people into thinking that products/services produced by one company are a legitimate First Nations business.
First Nations entrepreneurs who attended Supply Nation Connect 2022 have accused Supply
Nation of allowing black cladding and black face businesses to be allowed to roam free and
showcased on the very same platforms that were supposed to help First Nations suppliers.
“Biggest disappointment of this years connect is the black cladded and black face businesses
just being allowed to roam free…”
Supply Nation which was founded as a joint venture between Indigenous and non-Indigenous
entrepreneurs has received growing criticism over the years for promoting and supporting
blakwashing.
Some people are even comparing the Federal Indigenous Procurement Policy to the Northern
Territory Indigenous Procurement Policy where at least one business owner in the NT who was
convicted of fraud as a result of the failed NT version of IPP.
The irony of course is that a scheme designed to increase the participation of Aboriginal
businesses in government contracts was discontinued because non-Aboriginal businesses were
ripping it off.
“I’m interested to see who will be the first to be charged for fraud for black cladding.
It has to be coming…

I expect the new Labor Government to stamp down on this fraudulent behaviour.” – Jolleen Hicks
With the growing criticism of the blakwashing of First Nations entrepreneurship and the
Indigenous Procurement Policy, the government needs to finally take action to stamp out
blakwashing and support genuine Indigenous entrepreneurship which will have a more positive
impact in helping close the disparity gaps.
“We need to celebrate genuine and practical acts of reconciliation, instead of tokenism or
symbolic acts. An example of this is our recent partnership with Gawk, which is providing free
billboard advertising for the First Nations Lottery where they can without any expectation of a
financial return…
The Reconciliation and Indigenous Procurement Policy space should ensure that “giving without
expecting anything in return” is a core value.” – Dean Foley 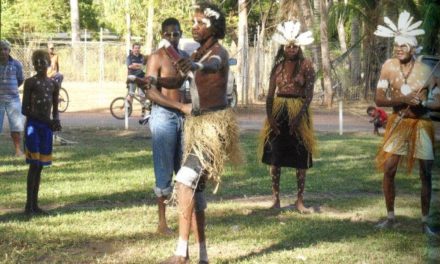 Bookings at an all-time high for Indigenous dance troupe 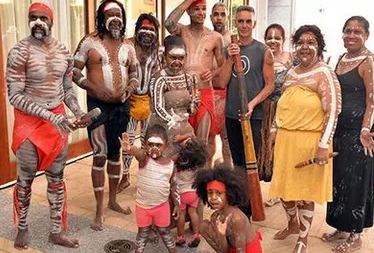 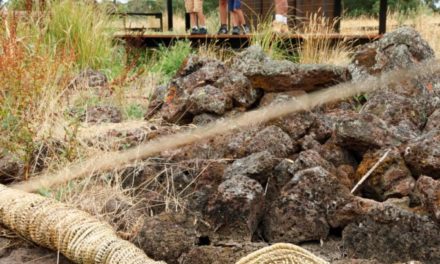