Business travel mentions among corporates already increased by 4% year-on-year in 2022The Female Rangers of Great PlainsCelebrity Cruises Celebrates Full Relaunch Of 15-Ship FleetWindstar Celebrates 35 Years in the Tropical Paradise of TahitiTravel confidence is boosted as more than half of global tourists are unconcerned about the spread of COVID-19Carnival Cruise Line to Bring Costa Venezia to the U.S. in 2023Digital Loyalty Programme Memberships to Exceed 32 Billion by 2026A Cultural Retreat at Four Seasons Resort The Nam Hai, Hoi AnQF Flights From Australia Direct To FCO Take OffOakwood Premier Melbourne Confirming Its Luxury Status
The evolution of modern saunas - Global Travel Media

The evolution of modern saunas 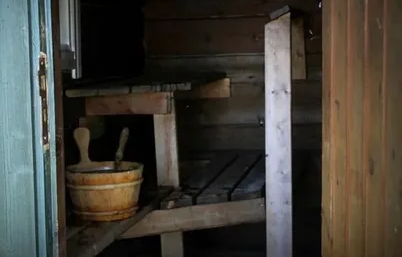 From a rich cultural tradition to modern in-home luxury.

The popularity of infrared saunas boomed since the global pandemic of 2020. People started to take note of their health and well-being in a way never seen before.
As face masks and hand sanitiser took retail shops by storm, so to did the impact of home quarantine and government grants. People were now given an opportunity to prioritise aspects of their home to reflect on what they saw was important. Their health.
This came in the form of infrared saunas, an easy, stylish, and effective way to improve one’s health in the simplest way imaginable, sitting.
But where did these infrared saunas come from, and why hadn’t we seen them in our homes before?
It turns out, that saunas have been around for centuries, dating back to the ancient Finnish people somewhat 2000 years ago. Used for religious ceremonies, social gatherings, relaxation and even childbirth, these ancient saunas were a little different to the kind found in our homes today.
In fact, the health benefits of saunas are fairly new, and besides pleasure and relaxation, saunas weren’t known around the world for things outside of social gatherings. Only in recent times have scientists looked under the microscope on sauna bathing to determine a plethora of health benefits from regular sauna use.
So how did we go from an ancient religious ceremony to a neighbour’s luxury wellness room? Let’s take a look at the history of saunas.

How Long Have Saunas Been Around?

According to the Finnish, saunas have been around for more than 2000 years, and traditional sauna structures were dug into the ground and lined with stone.
These traditional saunas involved stones being heated from a fire in an enclosed space, and water poured over them which would release hot steam.
It’s estimated that the Finnish population of roughly 5 million people have acquired a staggering 3 million saunas between them. Cementing their rich, cultural heritage into modern Finnish life.
Many traditional-style saunas still exist around the world today, and over the years, saunas around the world have seemingly evolved in conjunction with each other. Nowadays, traditional saunas may not be dug into the ground or utilise a live fire, but the essence of a traditional sauna still exists.
Traditional saunas are commonly found around the world in resorts, lodges, and even local gyms. Traditional saunas have essentially used the same technology (steam) for the last 2000 years.
However, how the steam is produced has evolved over the years, with electricity used to heat the stones instead of fire, and different types of wood used to build the rooms for different aromas.
While traditional saunas continued to boom in Northern Europe before it popularised in the rest of the world, it wasn’t until the mid-’60s when Japanese scientists began to experiment with infrared wavelengths did the next big evolution occur.

Evolution Of The Infrared Sauna

The first infrared saunas came in the form of incandescent light baths, from John Harvey Kellogg in 1891. These first iterations of the infrared sauna were displayed at the World Fair in 1893 and Kellogg discovered that infrared light penetrated through the body to raise the temperature of a person.
In the 1960s, NASA had discovered the light spectrum of infrared wavelengths, and by the mid-’60s, scientists started to look at how these infrared wavelengths interacted with the body, and the first usage on patients occurred in Japan.
Since then, infrared sauna technology has been optimised for maximum therapeutic practices, including detoxification, weight loss, relaxation, pain relief, and mental well-being.
With more and more research in the field of infrared wavelengths being conducted and a better understanding of our own body’s mechanisms for detoxification, the general consensus is becoming more aware of the health benefits that both traditional and infrared saunas have.
Today, the modern sauna is an infrared sauna, not only because they are easier and cheaper to build than a traditional sauna, but also because the amount of additional health benefits infrared saunas provide has become more published, and aware of to the general public. If you want to see what the pinnacle of saunas are today, the Clearlight website has the most advanced infrared saunas available, offering ultra-low EMF and patented True Wave™ infrared technology.

Where to travel for healthy getaways in 2019 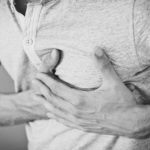 Tips For Maintaining Your Oral Hygiene